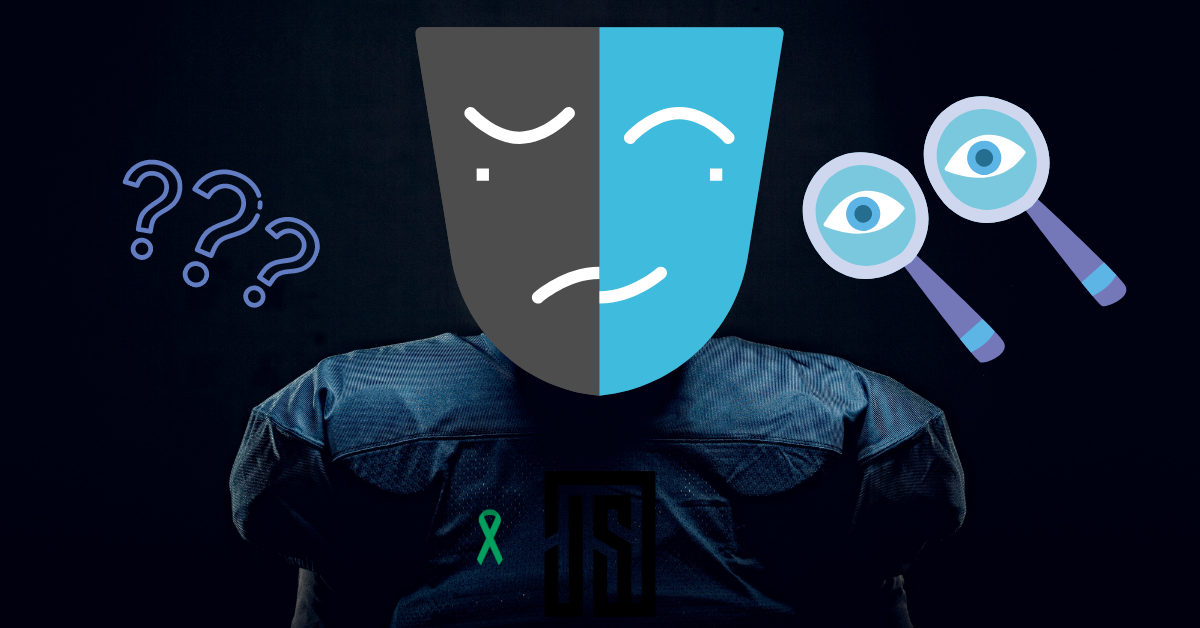 It hasn't always been a societal norm to show restraint when interpreting the actions of people with a history of abhorrent behavior which allows us to easily jump to conclusions. We're starting to see compassion and empathy for the mental state that almost undoubtedly is a contributing factor.

Brought to you by
Tom Hoff
on
October 22, 2022
Category:
Health and Wellness

It’s a tale as old as time to hear people say “things were better in my day.”  Nostalgia is a powerful feeling, and it’s easy to see ways in which things around us have gotten worse.  This is especially the case when we’re in the middle of a pandemic and we’re surrounded by news sources that seek to cause division in order to get clicks by telling you that “Everything sucks now!!!”

But we are way too quick to overlook ways in which our society has improved.  One of the ways in which we’ve improved the most as a society surrounds the relationship between sports fans and the athletes we root for.  Believe it or not, you’ll find this improvement and reason for optimism in the Antonio Brown saga.  Yes, using the words “Antonio Brown” and “reason for optimism” in the same sentence sounds crazy.  But hear me out.

Ever since Antonio Brown took off his pads, gloves, and shirt and did jumping jacks on the Jets field on Sunday, the entire sports media and social network landscape has been filled with calls for Antonio Brown to “get some help.”  None of us know exactly what that “help” would be, but we all know that it’d start with (lots of) therapy.

Here lies our improvement.  If this was 15-20 years ago, there is exactly a zero percent chance that prominent sports analysts would be openly rooting for Antonio Brown to prioritize his mental health.  In his postgame presser on Sunday, Tom Brady gave a pretty empathetic answer about Antonio Brown.  Brady didn’t say it directly, but it was pretty clear that he was rooting for Brown to get his mental health right.

In the first decade of Brady’s illustrious career, there were a few “diva” wide receivers in the league, and Brady’s Patriots took on one of those players in Randy Moss.  Of course, Brown’s off-field transgressions are almost infinitely worse than Moss’, so I do not mean to compare the two.  But let’s say that Randy Moss had done all of the things that AB has done, and let’s say he culminated his tenure on the late-2000’s Patriots by doing whatever AB did in the Meadowlands on Sunday.  If Brady had given the same empathetic, caring answer about Moss in 2007, he’d likely have been called “soft,” and he’d be accused of making excuses for (this hypothetical version of) Moss.

Now, in 2022, the preeminent opinion among sports fans has been the right one.  Nobody is making any excuses for Antonio Brown nor for his behavior.  But we are all holding him to full accountability while still being empathetic enough and thinking deeply enough to suggest that Brown should get help with his mental health.  It’s a difficult tightrope to walk to criticize a person’s character because of a history of abhorrent actions while also showing compassion and empathy for the person’s mental state that almost undoubtedly is part of the reason for these actions.

It hasn't always been a societal norm to show restraint when interpreting the actions of people with a history of abhorrent behavior which allows us to easily jump to conclusions. We're starting to see compassion and empathy for the mental state that almost undoubtedly is a contributing factor.

It’s not an excuse, but our society is finally walking that tightrope of weighing mental health in with our overall assessment of people’s actions.  Sports fans aren’t just viewing Antonio Brown as a lunatic football player.  We’re viewing lunatic actions through a lens that makes them inexcusable while also being worthy of a deeper examination as to why people act a certain way.  Let’s all hope that AB gets the help that he clearly needs and that he doesn’t harm anyone else in his life before he does so.