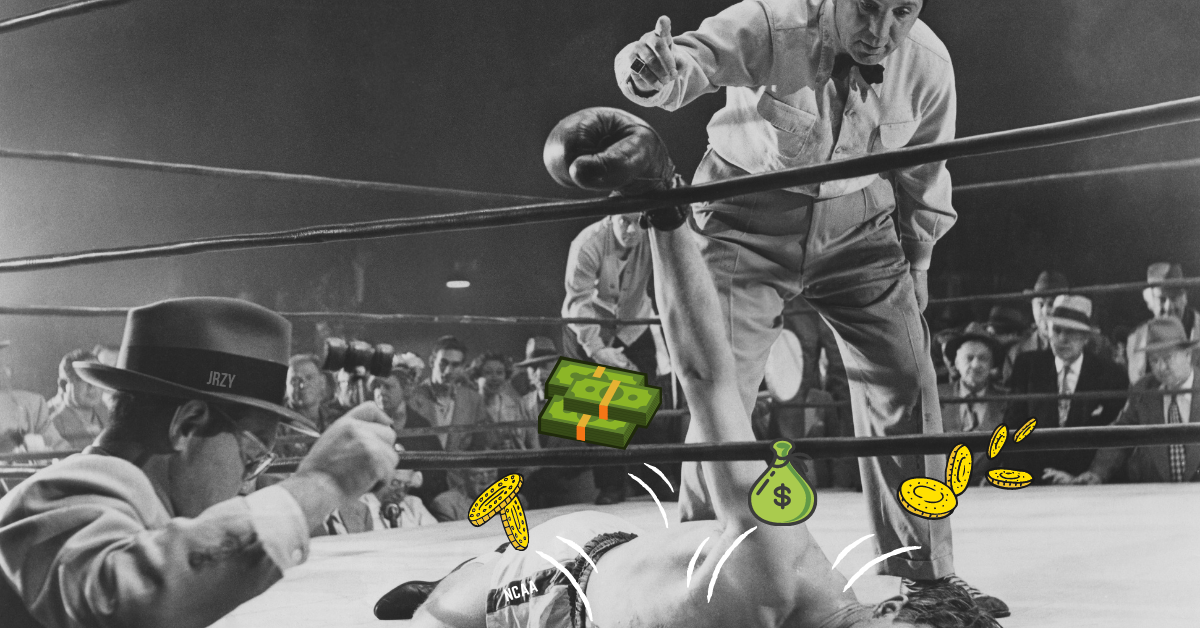 Athletes Have The NCAA On The Ropes

The NCAA stands to lose billions unless they stop athletes before they use the same lessons learned toppling NIL restrictions to force revenue sharing.

The NCAA’s president Mark Emmert was recently criticizing NIL developments as being unpredictable and has been calling for congress and for conferences to come together to regulate NIL.

"When you have these kinds of moves, it disrupts a lot," Emmert said. "The NCAA and everything in higher education functions through self-regulation. There is no Ministry of Education or Ministry of Sport. The schools regulate each other. Sports is just another example of that. That is utterly dependent upon collegiality, cooperation and trust.

"If you can't self-regulate an environment of collegiality and trust and good communications, you've got a big problem."

If regulation is in the best interest of athletes, why would the NCAA want more regulation?

Is it about wanting in on the profits that student athletes are now generating?

Maybe, but it's bigger. As much as the NCAA would love to share athletes' newfound money, they don't want to share their own profits at all and this has them scrambling to protect them.

The NCAA shouldn’t have a problem with NIL because it allows the public to essentially “tip” their employees and to receive something while working on the NCAA clock, so why would they have such a problem with it?

It opens the door to forcing the NCAA to revenue share with athletes aka actually paying them directly.

The NCAA has billions of reasons to stop athletes before they see the light and use the same lessons learned toppling NIL restrictions to force revenue sharing.

The NCAA is trying to protect their complete ownership of the entire market share of the profits generated by athletes on the behalf of the NCAA.  The NCAA is profiting completely from the labor of athletes and if athletes decided to call their bluff, they’d quickly fold, just as they did with NIL.

What are their choices?

This is all about money, so they aren’t going to just suspend all of their workforce; they'd have no ability to generate profits. They were never going to suspend every athlete if each decided to accept some impermissible benefit. Again, it hurts their bottom line.

Athletes can force their hand by using this understanding to their advantage. Athletes demanding change as a collective operating together could quickly deliver them their desired result.

It's easy to  suspend or ignore the few problem athletes and put out small fires, but if their entire workforce just demanded the sharing of profits they aren’t going to shoot themselves in the foot and just say no or suspend everyone, it's kills their business model. They’ll quickly do the math and begrudgingly agree to opting for just 5.4 billion dollars instead of none at all.

There's just too much money on the table. $5.4 billion all of a sudden being taken away is much less than the $10.8 billion the NCAA currently enjoys and stands to lose if forced to share half with athletes.

But if you think this is somehow wrong ask yourself this. Don’t all other companies have to pay their workforce?