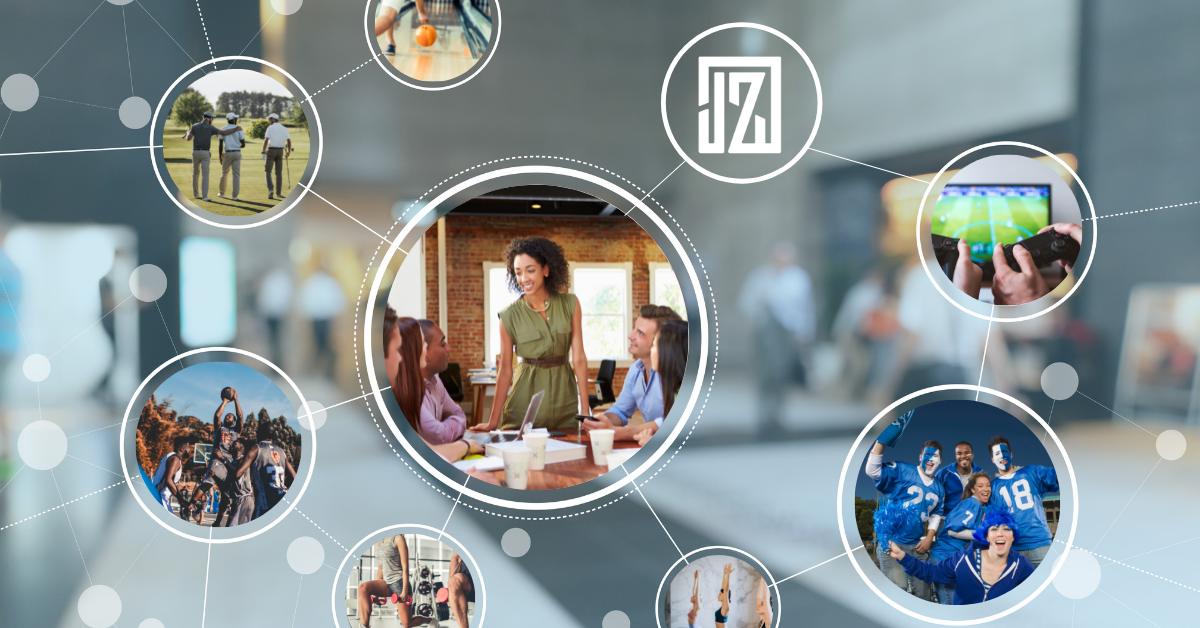 Think about all the people you’ve met from playing pickup, gaming, tailgating, bowling, rec leagues, etc. Those connections were made by sport.

JRZY is a network for athletes and as we’ve grown and reflected one things that’s recurring within our JRZY team is how we all have made some of our strongest connections from our athletic and sports backgrounds.

There’s a reason we’re always reminded “deals are made on the golf course."

There’s a common bond and understanding between athletes that what you’re looking at can only  come from putting in the work.

An athlete that is a little rusty or attempting to participate in an unfamiliar sport humbles us very quickly, and a rec league is a way for us to showcase our intangible talents in ways that may take forever (or never) actualize in real life.

If your boss isn’t playing defense, now’s your opportunity to show some leadership and coach them up without embarrassing them in front of the team.

Your boss just isn’t good at playing defense, now’s an opportunity to show some grace and patience to flex your ability to instruct your teammate to be a better player.

The point is, all of the elements of “team player” we see copied and pasted on every job description actually comes from literally playing on a team.  For some of us, athletics let us show off all of our abilities and they are very easy to relate to a workplace.

The workouts and discipline required to maintain certain levels of excellence cannot be faked.  Just think of the impression that comes to mind when we see athletes on the Olympic stage showcasing their mastery of their sport on the grandest of all stages.

There’s no employer that’s going to say no to this level of discipline, dedication and attention to detail.  Sport is the most objective way for us to showcase some of the most coveted workplace intangibles.

It works in reverse too, since sport is the great connector, networking using our sports background and athletic skills gives us the ability to penetrate groups and spaces that include people we’d likely not ever cross paths with otherwise.

Think about all the people you’ve met from playing pickup, gaming, tailgating, bowling, and rec leagues. Those connections were made by sport.

My own personal experience began when I started practicing law in an attorney basketball league which led to me meeting the other founding partner of my law firm and allowed me to meet just about anyone from any firm in the city.

Those connections led to intros and people willing to offer advice and resources, and becoming cool with the Judges just because of the bonds we were able to build over some hoops and a few hard fouls.  For some, it’s our strongest opportunity to create a network and especially for those of us whose parents or social circles aren’t capable of gracing us with strong professional connections.

If being active in sports isn’t your thing, fandom works well too.  A great conversation starter is asking random colleagues about their team.  It always works.  You’ll either see their face immediately light up or frown, but it’s still a passionate response and gives you an automatic in for a conversation or rant, but that’s the point of networking to create connections.

Sport is a great connector, and with JRZY we’re putting the athlete network and the strong connections created with it at the forefront of everything we do.