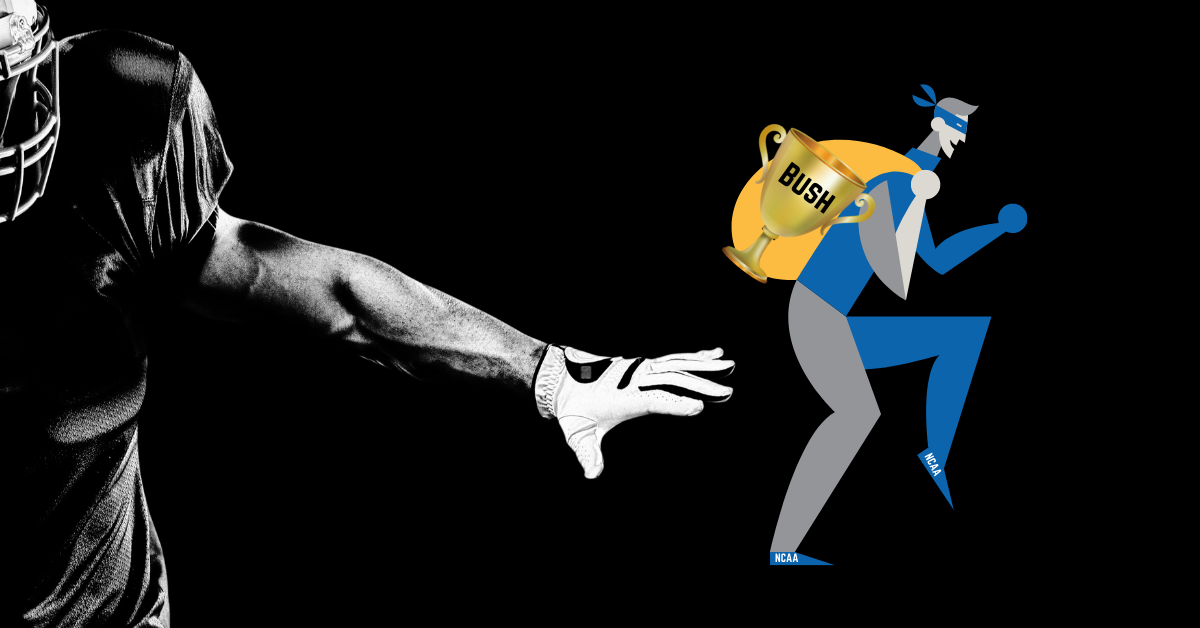 Give Reggie Bush His Heisman Trophy Back.

By today’s standards we can see that too many schools and athletes didn’t just pay an unfair price for the NCAA’s archaic rules – they paid a price that they shouldn’t have paid at all. Give Reggie Bush his Heisman back.

If you read JS Mag regularly, you already know about the Supreme Court’s unanimous NIL decision on June 30, 2021.  Nowadays, the U.S. Supreme Court wouldn’t even be able to agree by a 9-0 margin that the sun is hot.  But somehow, it was the NCAA’s feudalistic ways that got the nine justices to all come together.

Since July, Reggie Bush has been asking for his Heisman Trophy back, and it’s impossible to blame him.  Given that the college bowl season is upon us - can you believe it’s almost been 16 years since that epic USC-Texas Rose Bowl game??? - let’s look back at what Bush and USC did, and let’s imagine if it happened today.

The NCAA found that the Bush family had received gifts from sports agents Lloyd Lake and Michael Michaels.  We don’t know the extent of the gifts, but Lake later sued the Bush family to recover $291,600, so that’s a rough guess as to the value.  The NCAA mentioned that one of the “gifts” he received was a limo ride to the Heisman Trophy celebration.

Any day now we'll see a player riding to the trophy presentation with as many logos on the side of his limo as a NASCAR driver has on his car. And there's nothing wrong with that.

USC’s punishments in 2010 looks even crazier by today’s standards.  USC was forced to “dissociate” from Bush for 10 years (whatever that means – his USC highlights are always available on YouTube).  More importantly, they lost their rights to go to Bowl games, and they lost the ability to give 30 scholarships over three years.

The NCAA has always maintained they don’t need to pay players or until recently allow name, image, and likeness earnings because they were providing an education to athletes who otherwise may not attend certain schools.  So they wanted to “punish” a school by taking away 30 kids’ educations because of the actions of a kid who had already gone on to earn millions in the NFL?

It’s clear that this would not have happened today if Reggie Bush was a player in 2021, not 2005.  That much is obvious.  But the absurdity of the NCAA’s actions only comes to full light when we take a closer look at the specific “transgressions” of a player and school who were punished.  By today’s standards, we can see that too many schools and athletes didn’t just pay an unfair price for the NCAA’s archaic rules – they paid a price that they shouldn’t have paid at all.

Give Reggie Bush his Heisman back.