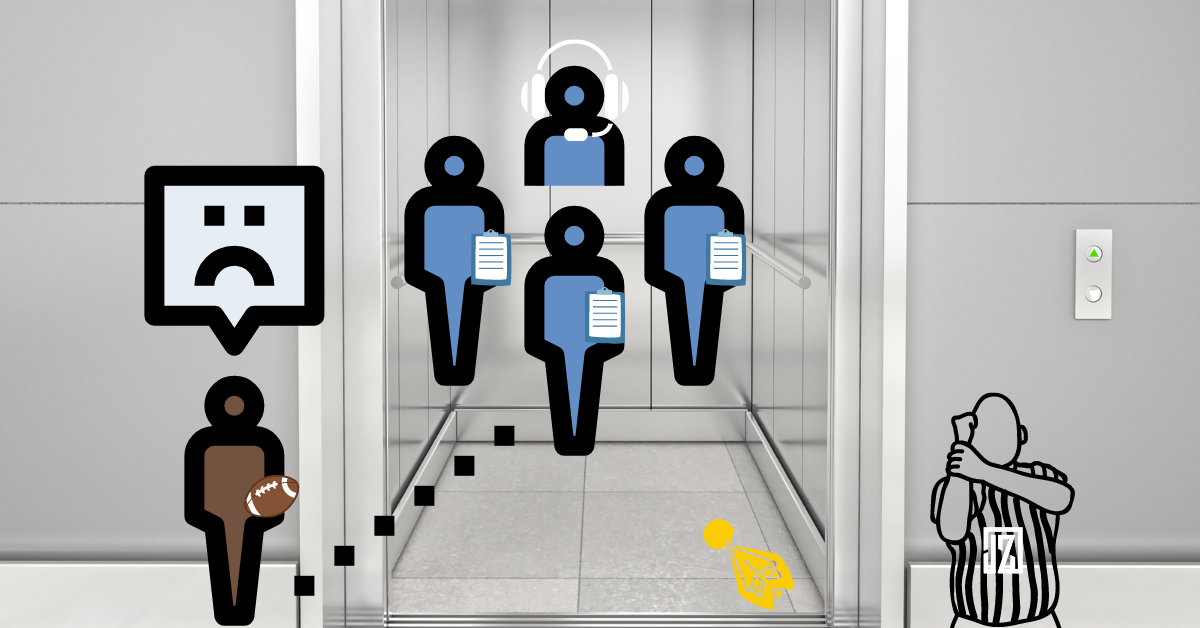 How A Funnel Can Fix The NFL's Rooney Problem

The NFL has a systemic problem that requires a systemic solution. “Better than nothing” doesn’t solve that.

For background: The NFL’s Rooney Rule (named in 2003 after Pittsburgh Steelers owner Dan Rooney, who had a history of promoting non-white employees to positions of much higher prominence than was custom in the NFL at the time) states that NFL teams must interview two minority candidates when they have a head coaching or senior football operation vacancy.

In recent days, the Rooney Rule has come into question, given Brian Flores’ lawsuit against the NFL alleging significant racial bias in its hiring practices.  While I haven’t seen many saying that the Rooney Rule is an outright bad thing, many are also declaring that it’s not nearly as consequential as it should be and as we hoped it would be in 2003.  Both of these viewpoints are correct in my opinion, and the fact that both of them are true requires a deeper look at the racial bias in NFL head coaching.

It’s better to have the Rooney Rule than to not have it, and that deserves to be said.  In a league where there is only one Black head coach for 32 teams, it’s a good thing for more Black candidates to get their faces, stories, and, most importantly, coaching attributes and resumés in front of team owners.  That said, head coaching bias in the NFL is a systemic, deep-rooted problem, which therefore requires systemic and deep-rooted solutions.  The Rooney Rule simply isn’t that.

Rather, the issue starts at lower levels, and we don’t have to look far to find other companies and industries in which this problem exists.  In so many companies (and entire industries), we see a lack of proper representation of racial minorities or women at the executive level of companies.  Sometimes, these companies do have a representative number of disenfranchised groups at management levels below the executive level, and they err in not properly promoting these individuals.  But sometimes, it’s because the middle/upper levels of management often lack fair representation themselves.  Therefore, when a top-of-the-line executive job is open, there are fewer female or minority candidates to pick from.  The corporate ladder is a funnel (or perhaps an upside-down funnel), and if there are fewer women and racial minorities entering the funnel, then there will be fewer at the end for the big job.

I can’t pretend to be nearly as big a fan of college football as the NFL, but this seems to be the same issue in the collegiate ranks.  Given the sheer number of NCAA football programs and the constant turnover of coaches, it’s harder to gauge percentages here.  But when scanning the sidelines on Saturdays, it sure doesn’t seem like there are many non-white coaches in top-of-the-line coordinator or head coaching jobs.  Just like with the NFL, that’s not a coincidence.