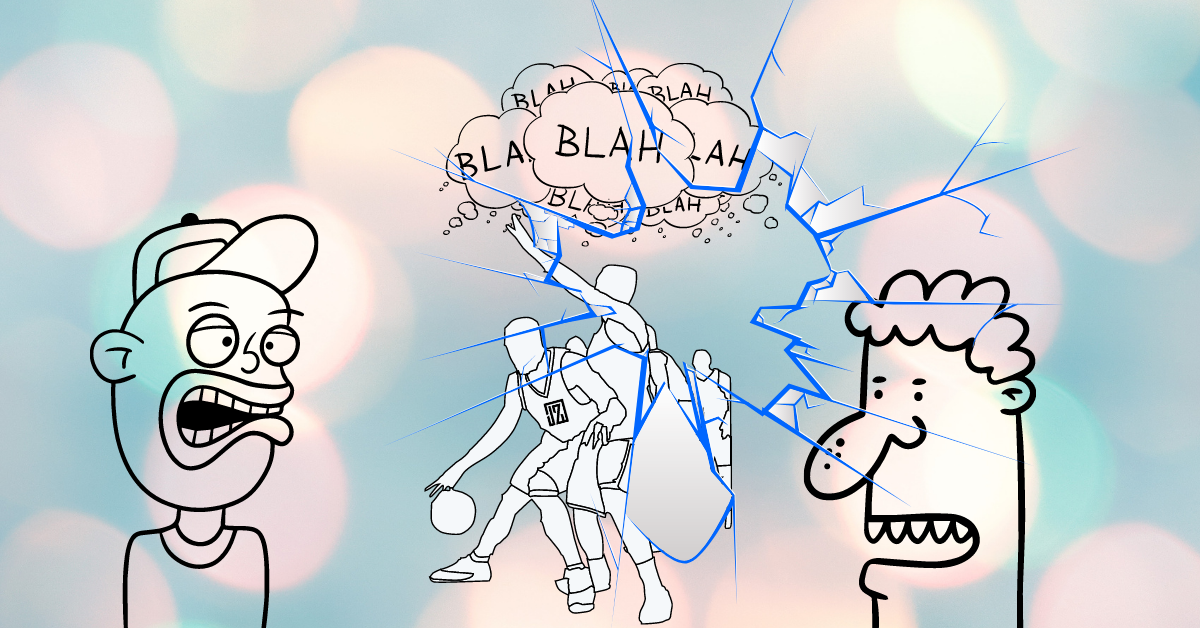 In the NBA, the Hot Take Media Cycle Damages the Product

The sports media culture of today is not taking enough blame here. Let’s be real, it can be kind of fun to dream about where different players could move. Imagining these scenarios is part of the fun for basketball fans… but by 2022, it’s gone too far. We often forget the product that is actually on the floor. More specifically, we forget that championship teams don’t just happen immediately.

Brought to you by
Tom Hoff
on
September 25, 2022
Category:
Sports

Since the James Harden – Ben Simmons trade, I’ve been noticing more and more columns, podcasts, and talking head statements about how the player empowerment movement might be going too far.  On The Ringer’s NBA Podcast with Logan Murdock and Raja Bell last week, Bomani Jones made a great point about players exercising their power to move teams basically whenever they want now: “Just because you have the ability to do something doesn’t mean you should do it.”

He’s not wrong about that, because patience can be a virtue in the NBA.  Had Giannis not showed a little patience with the Bucks, he wouldn’t have had one of the most epic Finals performances of all time last June.  This season, the best example seems to be the Jaylen Brown – Jayson Tatum connection.  Tatum recently went on JJ Redick’s podcast in which he stated unequivocally that he’s confused by the media chatter from earlier in the season to break up him and Brown.  He intelligently stated, “The grass isn’t always greener” about getting rid of a talent like him or Brown.

Here’s the thing, though:  The sports media culture of today is not taking enough blame here.  Let’s be real, it can be kind of fun to dream about where different players could move.  Imagining these scenarios is part of the fun for basketball fans… but by 2022, it’s gone too far.  We often forget the product that is actually on the floor.  More specifically, we forget that championship teams don’t just happen immediately.

Brown and Tatum are this season’s best example.  For context, I live right next to Boston, and while I heard a million media talking heads early in the season say “You gotta break up the Jays,” and while I’ve heard a million fans ask if that’s the right call (because they heard the question from the media), I heard very few fans actually say that the Jays are not championship players.  That’s really a media-created narrative, frankly.  Clearly, it wasn’t coming from Brown or Tatum (based on JT’s comments to Redick), and the vast majority of fans here don’t see an issue with a 23-year-old superstar and a 25-year-old should-be-All Star.  Trust me on this one – I’m a diehard Celtics fan in a city with a lot of diehard Celtics fans.  There were some people who fell for the clickbait, sure.  But the vast majority of us didn’t want to break up JT/JB because that’s what hot take artists on First Take, Undisputed, and NBA Twitter say.

That said, the media does have a big effect on this stuff, and it’s an outsized effect.  Modern athletes hear everything, and when they get asked over and over about “friction” or “unhappiness” or whatever else, it’s going to eventually seep in, at least a little bit.  But this isn’t healthy.  Often, the best plan of action is to fix a situation rather than blow it up.  Giannis could’ve listened a little too much to the “WILL GIANNIS LEAVE MILWAUKEE???” yelling, and he could’ve forced a trade with a year or two left on his second contract, which would’ve been 2019 or 2020.  Instead, the solution was to wait for the Bucks to trade for guys like Jrue Holiday and PJ Tucker, and they won it all.

I don’t blame athletes for trying to use whatever leverage they had.  I’m a pro-player guy, and everyone at JRZY is pro-player.  But I do blame the media for (partially) helping to create an environment in which players feel like they have to exercise leverage to leave a situation whenever something is less than perfect.  Our hot take media culture is to blame here.  As a Celtics fan, I’m thrilled that the team’s two young studs tuned it out and didn’t listen.  The media’s reward for these types of “Is there trouble in (insert name of city)???” is extra clicks and eyeballs.  I hope that Brown and Tatum’s reward for ignoring these segments is the same reward as Giannis’.