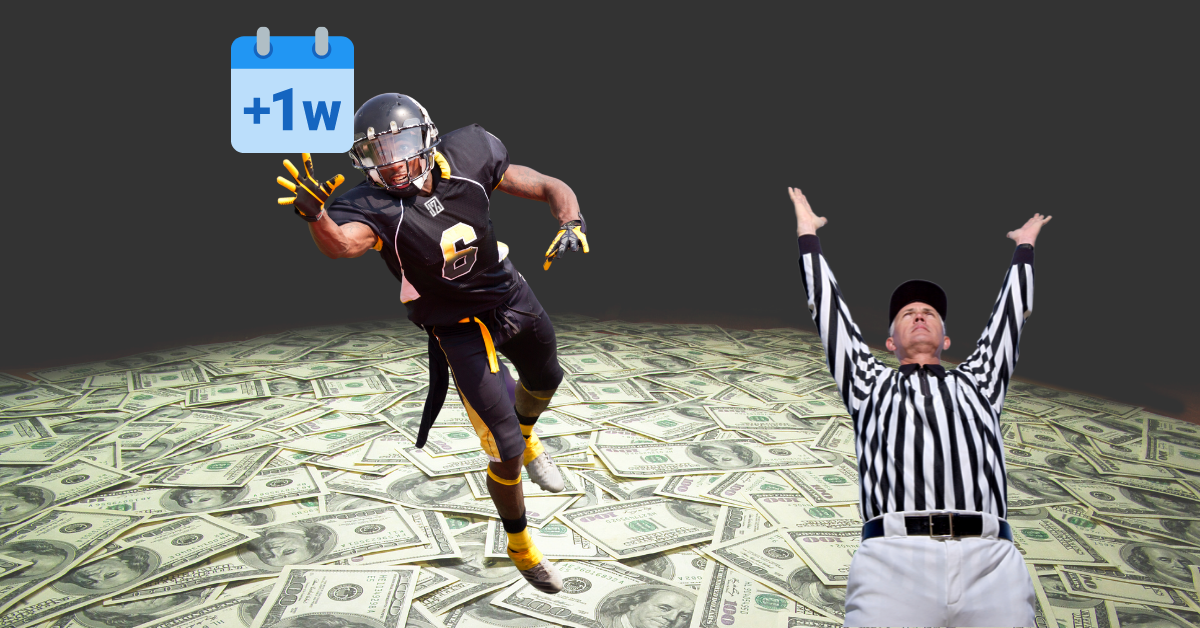 Is An Extra Week of Football Worth it for NFL Players?

To say that we’re a pro-athlete brand at JRZY would be an understatement.  When we look at a situation or scenario, the first point of view that we’ll look at is that of the athletes involved.  While the first ever Week 18 of the NFL season provided for some fantastic drama and an extra week of football for us fans, it also must be questioned whether or not the extra week of football was worth it to the players actually doing the work on the field.

In March 2020, The NFL and the NFL Players’ Union reached a collective bargaining agreement that allowed the owners to add a 17th game if they signed at least one new media deal.  In fairness to everything I’m about to say next, the players are not victims here, at least not by majority.  (I say “by majority” because the NFLPA voted for the deal by only 60 votes.)  They approved the deal that gave owners this unilateral right, and they got their share of the NFL’s revenue raised from 47% to 48.5%.  They made a monetary deal in which they traded a cost for a benefit.  That’s business.

But my question is… is it worth it?  According to Statista, the NFL made $15.26 billion in revenue in 2019.  Yes, you read that right.  It made just $12.20 billion in 2020, but we probably shouldn’t use 2020 as any barometer of any normal measurement in society.  (We don’t have the 2021 numbers yet.)  For the sake of round numbers, let’s take $16 billion as a rough estimate of how much the league would make in 2021 in a hypothetical, non-Covid, 16-game season, since the league’s revenue expands little by little each year.

And for the sake of argument, let’s say that the NFL’s 17th regular season game – plus the new media deal that allowed the 17th game to happen – would expand the league’s revenue all the way to $18 billion.  Two billion dollars is a lofty guess, but I’m trying to give numbers that are favorable to the arguments that the NFL owners probably made to the players two years ago.

If the players had continued earning 47% of that hypothetical $16 billion, then they’d split about $7.52 billion among 1700 or so players, which is an average of $4.4 million in salary.  Going with these new (and again, hypothetical) numbers with the 17th game and new media deal, then the players would be splitting 48.5% of $18 billion, which is $8.73 billion.  That gives the players an average salary of roughly $5.1 million.

Admittedly, this does sound worth it.  An extra week of work for 700 grand?  Who wouldn’t sign up for that?  But there’s three things remember.

First, I positioned my numbers on the high end of the possible range, in my opinion.  The NFL makes a TON of revenue from things like merchandise and playoff games, and this revenue would barely be inflated by the addition of a 17th regular season game.  Two billion big ones is a purposefully high estimate for how much extra the league earns specifically from this new arrangement.  If it’s just a difference of $1 billion, then that means that the players would each gain just about $350,000 extra each.  That’s a bit different from $700,000, especially in a game that has so much wear-and-tear and so many injuries, isn’t it?

Second, you should be skeptical of which players will actually see the bulk of that extra $1.21 billion.  (That’s the difference between $8.73B and $7.52B in my hypothetical calculations.)  Is a proportional share of this money really going to go to the 6th-string cornerback trying to make the team, or is it just going to allow teams to pay Patrick Mahomes even more?  In a league where the cap rises every year and teams are paying off dead money each year to players whom they’ve cut, it seems way more likely that the higher-end players will see more money.  The quarterbacks, who are already way less likely to get injured than just about any other position on the field, will see this cash.  The guys in the trenches who are always one snap away from the end of their careers won’t see their proportional share of it.

Third, it seems unlikely that injuries will happen at the same rate in Week 18 as any other week.  As any football player will tell you, “You’re only 100% on the first day of training camp.”  After a whole season of wear-and-tear, the players will likely get injured at a higher clip than any other regular season game.  The 17th game adds 6.25% of football to the regular season.  My guess is that it’ll add more than 6.25% of injuries that players suffer during the regular season.

Again, the players made this deal with owners by majority vote, so they are not victims here.  I’m just not sure it’s a good deal.  In the NFL, players play a violent sport for their livelihoods, and there needs to be a hefty premium for them to allow their bodies to take on any extra toll.  As Doug Baldwin once said on HBO’s Any Given Wednesday, “I hate when people refer to football as a contact sport.  Ballroom dancing is a contact sport.  Football is a collision sport.”  To add a few hundred thousand bucks to each player’s average salary – but in a way that won’t be equally distributed to the guys who need the money the most – is this 17th game really worth it for the players?

(Disclaimer: To call these numbers “back of the envelope calculations” would be offensive to the backs of envelopes.  As I said, I got the NFL’s revenue numbers from Statista, but any numbers that were made with any sort of assumption is just that – an assumption.)