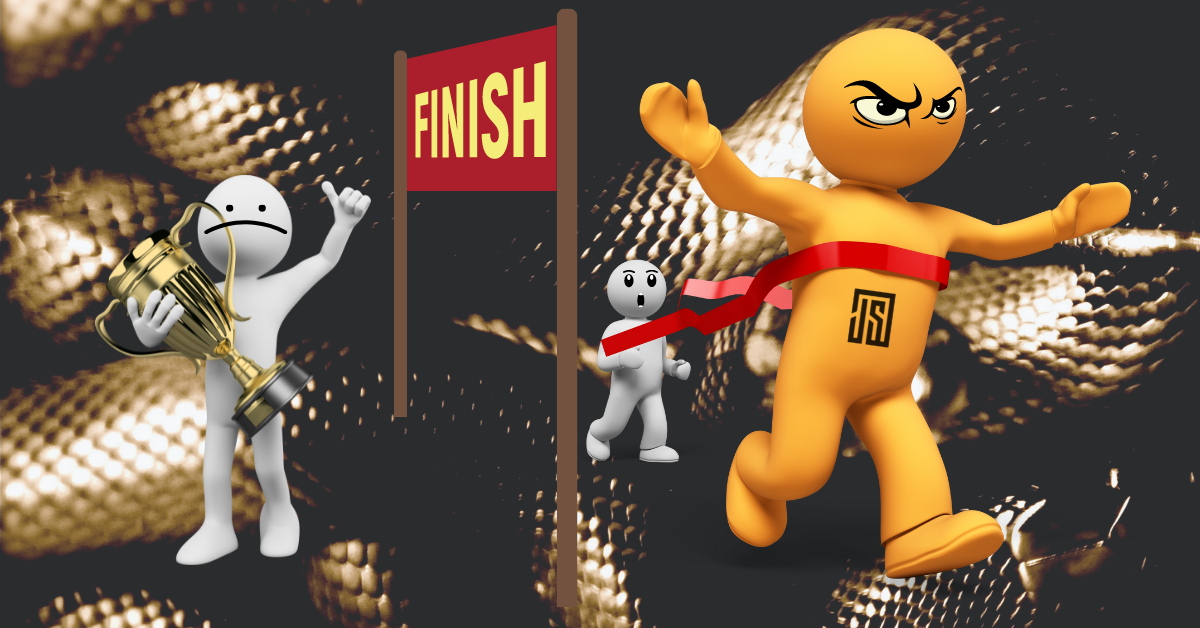 Ask the Atlanta Falcons about their 28-3 lead at the Super Bowl or the Golden State Warriors about their 3-1 lead in the NBA Finals. As sweet as victory is, the pain of losing after being so close is excruciating. When victory is within our reach we push harder and finish the job.

Kobe famously exclaimed this in response to a reporter asking him why he wasn’t happy while up 2-0 over the Orlando Magic in the 2009 NBA finals.  Yes, it could be said that there’s a way to celebrate the small successes and the powerful position of being ahead is worthy of celebration.

But just as important, there’s true danger in allowing our focus to waver for just a second and giving our opponents even the slightest opportunity to catch up.

Kobe got it and it’s one of the most important principles of success.  Taking our foot off of the gas prematurely thinking we’ve “made it” is a dangerous misstep that could prove fatal for our hard earned ambitions in sport, in business, and in life.

There’s value in acknowledging the small victories and affirming our efforts from time to time with positive reinforcement and energy, but this is about not allowing the facade of victory to creep into our minds and steal away something right before we’ve reached the finish line.

In the startup world we don’t count investments that haven’t entered our accounts, and in the sports world we don’t celebrate championships at halftime or before we get to the endzone.

With a crackdown on “hustle culture” there’s an emphasis on not overworking.  In context, it’s completely true, but as it applies to certain scenarios like winning a championship or starting a business, our breakthrough relies on our unwavering and relentless determination to overcome obstacles, failures, and setbacks.

A common sports idiom commonly used is “act like you’ve been there before” and if in our minds we’re a champion and our objective is to win (which is the most commonly cited dream of Jersey Sponsor athletes) then the only victory worth acknowledging is finishing the job i.e. the championship.

If there’s still a chance of a loss or we’re only a bad stretch away from failure, it means we’ve still got work to do.  Let’s always make sure we’re respecting all of the work that we’ve put in so that we finish the job.