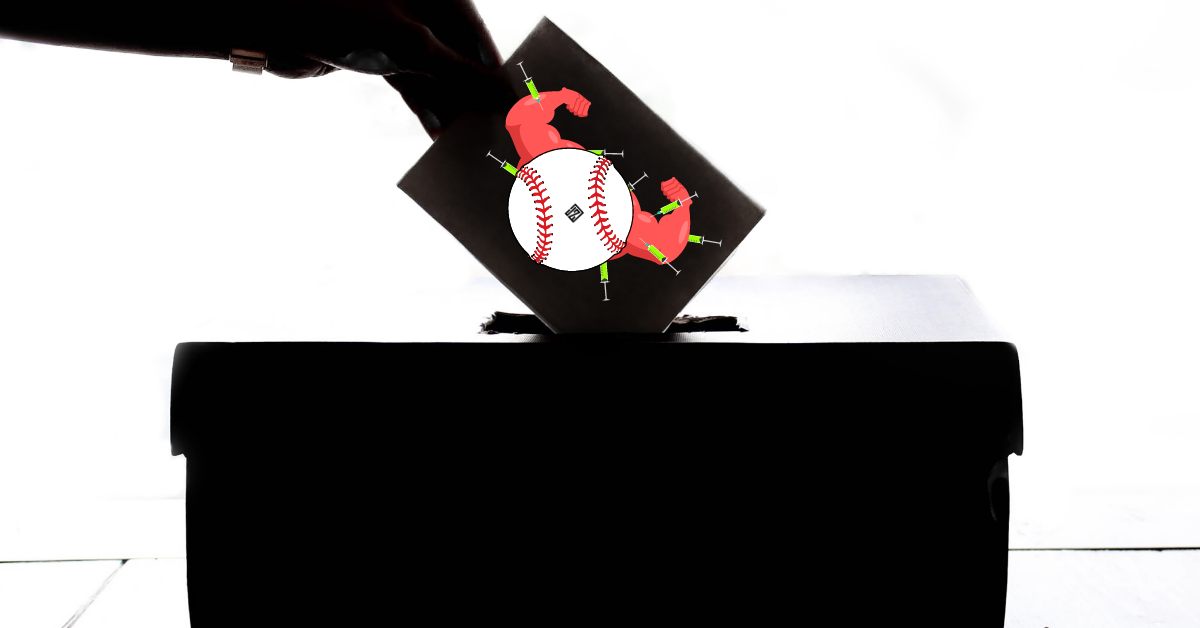 The act of using PED’s in a league that didn’t care about PED’s at the time shouldn’t keep someone out of that very league’s Hall of Fame.

On January 25th, the Baseball Writers Association of America will vote on which players will be selected for the Hall of Fame.  This is an especially big year, as it’s the last chance to get in for three widely assumed steroid users: Roger Clemens, Sammy Sosa, and of course, Barry Bonds.

We’re in less of a craze about PED’s than we were during the prime years of these three players, but nonetheless, they still can’t get into the Hall despite statistical resumés that usually belong to first ballot Hall of Famers.  At this point, we should have figured it out by now.  We should have figured out that the right move is to let these guys in the Hall of Fame.

Here’s a bit of context that no one seems to know: Before 2003, MLB did not have rules outlawing performance enhancing drugs, nor did they test for them.  (Of course, steroids and similar drugs are illegal to use in the United States and Canada without a doctor’s supervision, so it’s not like users weren’t breaking any rules at all.)  But it is not exaggerating to say that MLB really didn’t care much about PEDs before 2003.  They did not do anything whatsoever to stop it.

In fact, it might be fair to say that they actively looked the other way.  MLB lost the World Series in 1994 because of a horrible strike (why in the world did the league and players agree to a labor deal that would expire in the middle of the season???). The steroid-infused 1998 home run chase between Mark McGwire (an admitted user) and Sammy Sosa pretty much saved baseball.  (Sosa was on a 2003 list of users that MLB compiled in order to determine how prevalent the drugs were before they made the rules.  MLB and MLBPA have admitted that some of the names on this list were false positives or included players who had taken over-the-counter, legal supplements that were also tested for.  This is the defense that David Ortiz has used to proclaim his innocence – Ortiz is eligible for the HOF for the first time this year.)

Steroids were not a well-kept secret by 2003.  Baseball and its fans happily watched the home run explosion without asking questions, and only in 2003 did the league decide to act.

So why should players who used PED’s before this date be kept out of the Hall?  The Hall of Fame is about determining the greatness of someone’s legacy.  When we are to look back on someone’s life or accomplishments in any context, we know that we are not going to find a single human being who is/was perfect.  That is the same for athletes and their careers.  Therefore, we must determine if their transgressions rise to the level of importance that their legacy should be permanently damaged.

My premise here is that PED usage before 2003 does not rise to the level of a transgression that should tarnish someone’s legacy by keeping them out of the Hall of Fame when they otherwise deserve it.  When a governing body, whether it be a public or private entity, clearly sends a message that a certain action is not a big deal, then why would we act like it’s the biggest of deals?  MLB didn’t care enough about steroids before 2003, so why should we act like this misdemeanor is a felony?

Manny Ramirez, who would have a Hall of Fame resumé otherwise, failed two drug tests after 2003.  Keep him out of the Hall.  By that point, it was a felony, figuratively speaking.  But this isn’t the case for Bonds, McGwire, or Sosa. The act of using PED’s in a league that didn’t care about PED’s at the time shouldn’t keep someone out of that very league’s Hall of Fame.