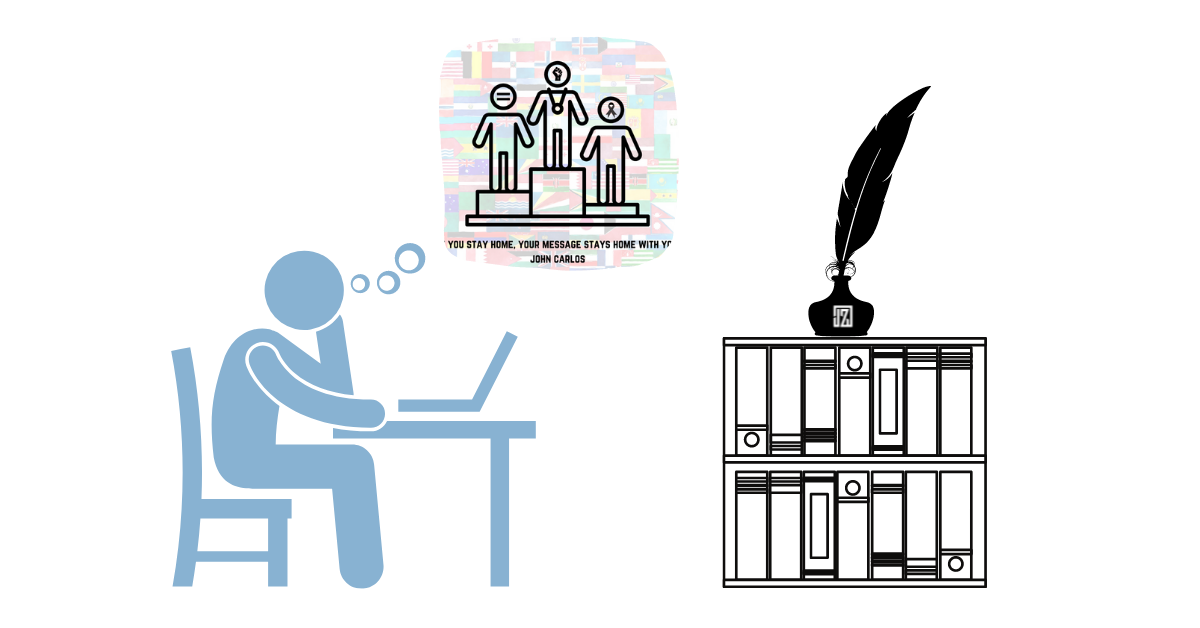 My Inspiration from Tommie Smith’s and John Carlos’ story

At JRZY, we’re having different writers tell you about why and how they find inspiration from Tommie Smith and John Carlos. As a refresher, these two sprinters raised their fists at the 1968 Olympics in Mexico City on the winners’ podium to protest the racial unrest that was happening at the time.

By
Tom Hoff
on
September 25, 2022
Category:
Impact Of Sports

At JRZY, we’re having different writers tell you about why and how they find inspiration from Tommie Smith and John Carlos.  As a refresher, these two sprinters raised their fists at the 1968 Olympics in Mexico City on the winners’ podium to protest the racial unrest that was happening at the time.

Smith and Carlos were the gold and bronze medalists, respectively.  Their stories are incredible, and they deserve all the praise that they get.  They inspire athletes to use their voices to create societal change, and I recently wrote (PLEASE LINK TO FIRST BLOG ON THIS) about how they embodied the values that players like Colin Kaepernick and the NBA players in the bubble demonstrated when they used their platforms to make their voices heard.  As Carlos said, “If you stay home, your message stays home with you.”

As you can tell by my picture below, my skin is white.  We’ve heard a lot in recent years about how white people need to be allies in the fight for racial justice, and I couldn’t agree more.  Because of that, I often turn to the silver medalist, an Australian named Peter Norman, for personal inspiration on how to be an ally.

Norman was white, and he won the silver medal at the 1968 games in the 200m competition.  Norman was told by Smith and Carlos that they were going to raise their fists on the podium, and Norman wanted to send a similar message that he supported human rights.  He wore a badge of the Olympic Project for Human Rights in solidarity with Smith and Carlos.  You simply need to watch these two short videos here and here about Norman – they’re in the words of Smith and Carlos themselves.

Personally, I love this move by Norman, and it’s what all people (not just white people) who want to support a cause should strive for.  He didn’t raise his fist, and while I understand that some may disagree, I like the fact that he didn’t.  He let Smith and Carlos send the strongest message about an issue that directly affected them the most.  But, he did support their message loudly and demonstrate to the world that he was behind it – he borrowed the badge from a U.S. Olympic rower and wore it.  Carlos said that he expected to see fear in Norman’s eyes, but instead, he “saw love.”

Norman paid dearly for his move, as Smith points out at the end of that second video to which I linked.  It’s impossible for us to say for sure why he didn’t make the 1972 Australian Olympic team (Australia’s track team has maintained that it was because of a decent-but-not-good performance, while others believe it was due to this gesture in 1968), but it should be noted that he wasn’t invited to appear during the 2000 Olympics in Sydney.  Furthermore, Carlos later stated, “If we [Carlos and Smith] were getting beat up, Peter was facing an entire country and suffering alone.”

Sadly, Norman tore his achilles tendon during a charity race in 1985, and he faced years of heavy drinking and depression.  He died in 2006 at the age of just 64, only a few years after not appearing at his country’s first Olympics.  But, in the best ending possible, Tommie Smith and John Carlos gave eulogies and served as pallbearers at his funeral.

This is the kind of ally I want to be.  Too often, we feel divided on issues in our society by race, ideological beliefs about race, or literally any other difficult issue you can think of.  Honestly, I think we’re not that divided – it just feels like we are in a 24-hour news cycle in which the negative stories get the most clicks.  Peter Norman saw a way to tell the whole world that Tommie Smith’s and John Carlos’ salute wasn’t just a divisive message that Black people could get behind – it was a message for all of humanity to get behind.  He lived in a country that’s as far away as you can get from America on the globe.  But every American – and every world citizen – should look to Peter Norman as an inspiration.