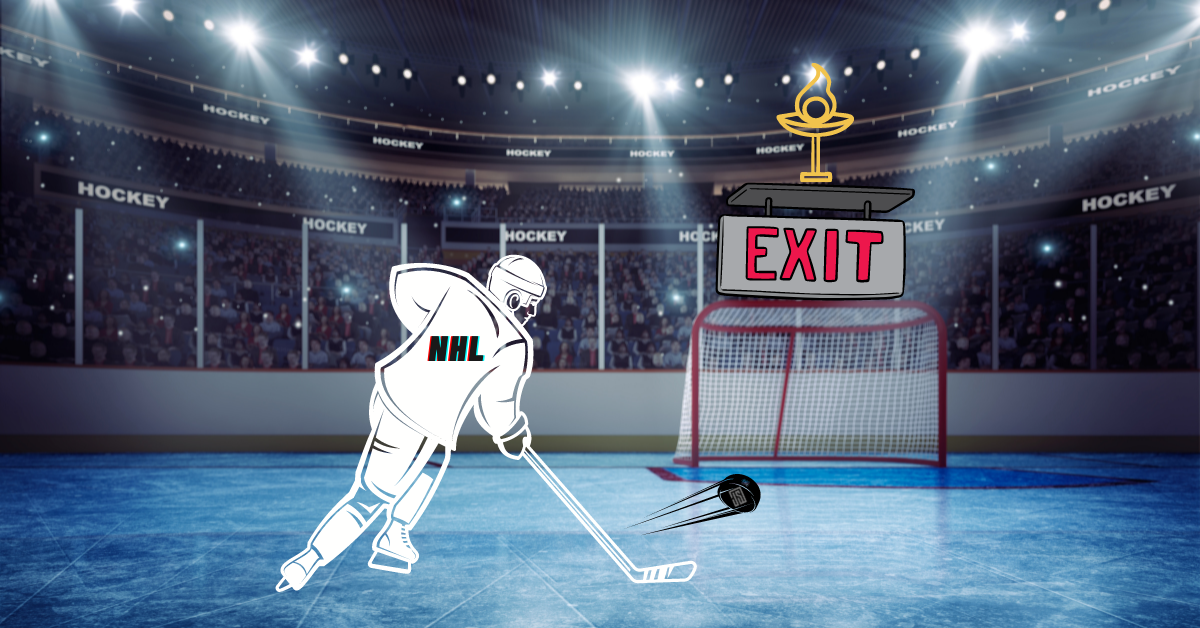 NHL Players Aren’t going to the Olympics – What Does It Mean?

It has become official that the NHL and the NHLPA have agreed not to go to China for the Winter Olympics. All over the internet, you’ll find an explanation of reasons as to why the players aren’t going. But here’s the bigger question: What does this mean for hockey at the Olympics going forward?

It has become official that the NHL and the NHLPA have agreed not to go to China for the Winter Olympics.  All over the internet, you’ll find an explanation of reasons as to why the players aren’t going.  But here’s the bigger question: What does this mean for hockey at the Olympics going forward?

The NHL owners never want the players to go to the Olympics.  From a strictly business perspective, it’s hard to blame them.  An entirely amateur tournament is using their employees to make money that the NHL does not share in.  Players can also get injured and torpedo a team’s season, which is what happened to the (surprisingly small-market) New York Islanders in 2014 after John Tavares tore his MCL and meniscus.

Despite all that, I contend that the Olympics is generally a smart move for the NHL owners.  Hockey is a sport with diehard fans which has often struggled to attract casual fans, and the Olympics is a perfect way to show off the best hockey players in the world.  Frankly, it’s a smart move for the owners to give the players the right to compete in the Olympics as a bargaining chip in labor negotiations.  The players love playing for their country, as hockey does a great job at making sure the best kids can play for their national team starting from a young age.

It makes sense not to go this year.  But moving forward, will the players ever go again?  They’ve now missed 2018 and 2022, and 2018 they only missed because the NHL put its foot down from a business perspective.  Those Olympics were in South Korea, and many have speculated that the NHL’s only reason for originally allowing the players to go in 2022 was because of the massive Chinese market who would be exposed to hockey.

This makes the 2026 Olympics so much more fascinating.  If you care about the business side of sports at all (of course you do – you’re reading JS Mag!), then make sure to watch this story closely in a few years.  The NHL’s labor agreement expires in the summer of 2026, right after the Winter Olympics in Italy.  Italy is hardly a hotbed of hockey, but the game is growing there.  More importantly, the games will be in Northern Italy, not far from countries with much larger hockey presences like Switzerland, Germany, The Czech Republic, and Slovakia.

I’d be surprised if the players don’t want to go.  After a 12-year hiatus, maybe the Olympics will have lost its luster.  But I doubt it.  It’s still the Olympics, and all these guys grow up playing for their national teams as teenagers.  But will the NHL play ball?  Will they finally get their wish of never seeing the IOC benefit from using the NHL’s employees for free, or will they see the potential of growing the game of hockey into the entire European market?

The fact that the Olympics happen just before the labor deal expiration makes it so much more interesting than if it was the other way around.  The owners and players are both going to try and use it as a bargaining chip before they ever even get to the table in the summer of 2026.

My guess is that the owners will allow the players to go to Italy and then use that as a “test case” right before the labor deal expiration, and then they’ll absolutely guilt trip the players if the TV ratings for the Olympics underwhelm.  If that happens, you can bet that it’ll be a long time before NHL players ever go to the Olympics again.  Basically, the 2026 Winter Olympics in Italy have a ton of pressure on them.  I already can’t wait.