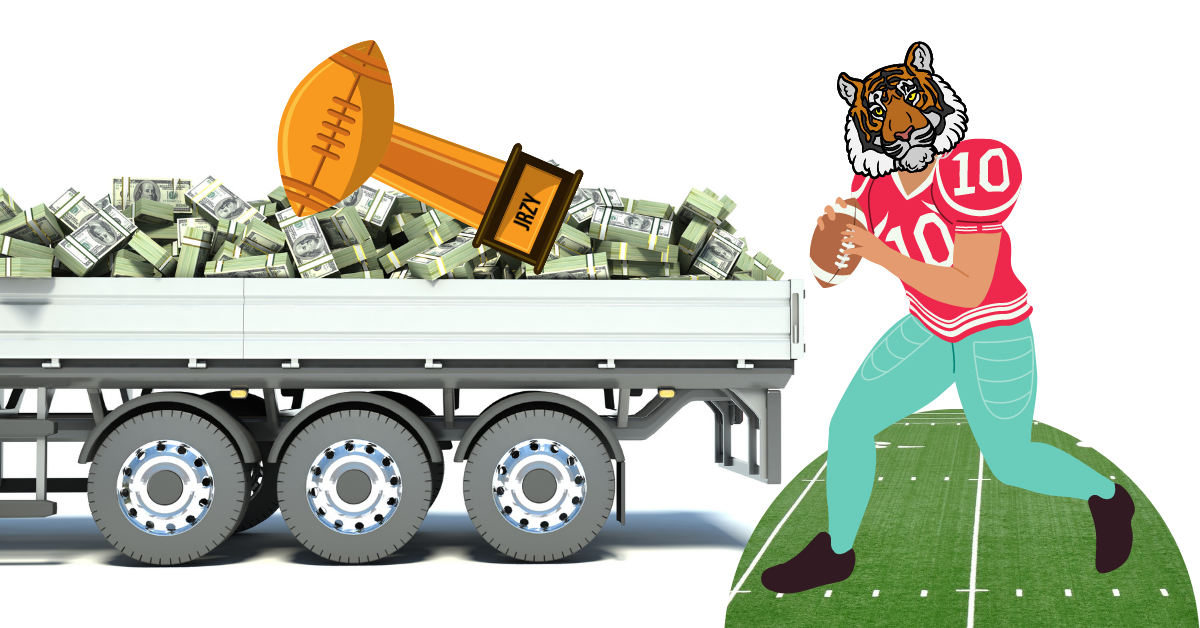 Which teams will go all in in the next two-to-three years? If Mike Brown is serious about spending money and winning a Super Bowl, the Bengals will.

The Cincinnati Bengals and their owner, Mike Brown, have a reputation for being cheap.  This reputation may or may not be fair, but it wasn’t accurate in the 2021 offseason.  According to Spotrac, the Bengals are spending $188.3 million of the $195.1 million they’re allowed to this year, and it paid off with an AFC North division title.

Whatever his spending in the past, Brown is smart for going all-in right now.  Why?  Because he has the single best asset in football: A great QB on a rookie contract.

Before you close the browser, I realize that this isn’t new analysis.  In a league in which teams are able to spend a little under $200 million, it’s obviously advantageous to pay the best guy on the team, Joe Burrow, only $8.2 million.  What this analysis often lacks, though, is a forward-thinking look at the next several offseasons for the teams with cheap QB’s who haven’t yet gotten their payday.

So, which teams will go all in in the next two-to-three years?  Well, if Mike Brown is serious about spending money and winning a Super Bowl, the Bengals will.  The LA Chargers are next in mind.  They have two years left on Justin Herbert’s rookie deal (plus a fifth-year option, though the fifth year always costs significantly more than the fourth year), and they are desperate to get a real fanbase in Los Angeles.  They should go for it in 2022 and 2023.  Borrow from the future by trading picks if they must.  Try to win one before Herbert gets expensive.

Next, there’s the Patriots.  Bill Belichick already made it rain this past offseason, and when he did, he was likely thinking about the fact that he’d soon draft a cheap, rookie QB.  He now has three years left to play with before Jones earns his true worth.

A few others come to mind.  The Eagles are paying Jalen Hurts less than many kickers in the league, and they just made the playoffs this year.  They should go for it.  So should the Cardinals, who have one year left before Kyler Murray gets his big payday.  And if Justin Fields and Trevor Lawrence demonstrate in their sophomore years that their freshman year struggles were largely due to incompetent coaching, then their teams should swing for the fences in following two seasons.

Lastly, there are two other teams to watch who aren’t technically on this list yet, and they’re both from the AFC North.  The Pittsburgh Steelers will no longer have to pay Ben Roethlisberger $25.9 million next year.  They have a fantastic defense, a young stud running back, and the ability to produce an amazing, young receiver whom you’ve never heard of and who is apparently allergic to wearing a number outside of the 10-19 range.  If they draft QB who is merely “good enough,” they could be Super Bowl contenders as early as next year.

And finally, there’s the Cleveland Browns, whose roster outside of the QB position is an even better version of the Steelers’.  Baker Mayfield might be a fine QB long term, but he’s due $19 million on his fifth-year option, and he’s definitely not one of those “carry a team to contention” QB’s.  Would it not make more sense for the Browns to draft a decent-enough rookie QB and spend the money to give him the best possible supporting cast?  The rest of the Browns roster is ready to win now, and a rookie QB contract might be the best way to ensure that it happens.