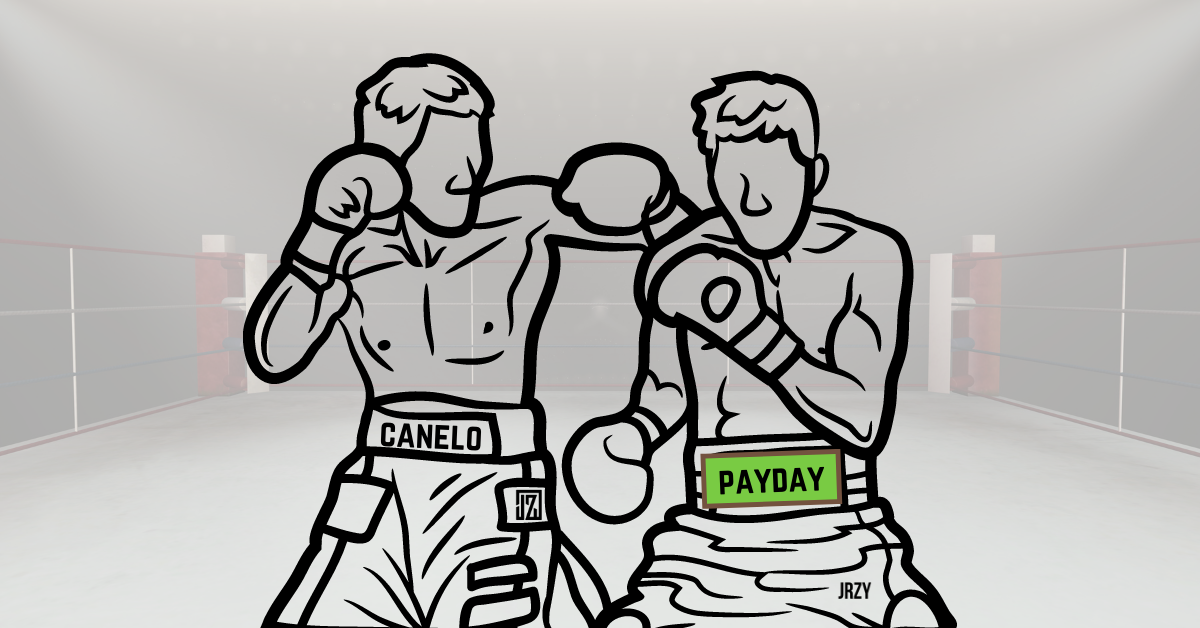 No matter who wins the lottery to fight Alvarez next, it’s undeniable he’ll face criticism regardless, as boxing fans are one of the hardest fan bases to please.

With legendary fighters Floyd Mayweather and Manny Pacquiao now retired, it is undeniable the first Mexican undisputed champion Saul “Canelo” Alvarez is the new face of boxing. By learning from his only defeat— a marvelous boxing lesson—against Mayweather back in 2013 and polishing his skills against legitimate opposition, Alvarez has since sky-rocketed both on the pound-for-pound list and as one of the highest-paid boxers in the world.

Because of the guaranteed substantial purse produced by his fights for everyone involved, twice a year, divisions from 160-175 cross their fingers in hopes to receive the golden ticket to step in the ring with Alvarez and not only receive the payday of a lifetime, but also have a shot at defeating greatness. While the list of targeted names differ from year to year, boxing fans constantly demand certain opposition for the Mexican boxing star regardless of his already historical accomplishments.

Since becoming a free agent in 2020, Alvarez has worked with both DAZN—who initially signed him in 2018 for a 365-million five-year contract Alvarez shortly-after legally terminated—as well as with Al Haymon’s Premier Boxing Champions. While there was heavy speculation Alvarez would attempt to become a five-division world champion by challenging WBC Cruiserweight Champion Ilunga Makabu in May, ESPN recently reported  Alvarez received offers from both PBC and Matchroom (DAZN) for his highly-anticipated Cinco de Mayo weekend return.

According to ESPN’s sources, PBC offered Alvarez another one-fight deal to defend his super middleweight titles against WBC Middleweight Champion Jermall Charlo, while Matchroom Boxing allegedly offered a two-fight deal that would bring back to the light heavyweight division against WBO champion Dmitry Bivol in May, followed by a trilogy bout against hard-hitting Gennady Golovkin in September, only this time in the super middleweight division.

But what makes the most sense not only for Alvarez, but for boxing fans and the boxing landscape moving forward?

With PBC’s one-fight deal, Alvarez would finally face undefeated fighter Jermall Charlo, who some fans believe Alvarez has avoided since their times in the junior middleweight division. This fight is also highly-demanded, as Charlo was Alvarez’s mandatory when he was champion in the middleweight division.

Since Alvarez decided to move up in weight classes instead of facing Charlo and defending his belt, the criticisms of “ducking” the Louisiana-native only intensified. With 22 of his 32 victories coming by way of knockout and possessing a fan-friendly style, some fans believe Charlo has what it takes to dethrone Alvarez and avenge the title shot he never received in the middleweight division.

By taking on Charlo, Alvarez would not only eradicate criticism claiming he’s “scared” to face undefeated Black fighters, but also shut the mouth of those who believed Alvarez would never give Charlo the fight he rightfully deserved.

While many boxing analysts and fans consider Bivol’s awkward tactical style would prove too problematic for Alvarez—who as a natural counter-puncher thrives on pressure fighters— Bivol’s lack of challenging opposition and no sense of urgency in hurting his lackluster opponents can prove fatal for the Russian. Though Alvarez doesn’t receive much credit for dethroning light heavyweight champ Sergey Kovalev in 2019, it’s no stretch to say Kovalev was a more-powerful puncher who controlled most of the fight with his jab before Alvarez delivered the 11th-round knockout combination. Because of this, Alvarez could get a late knockout against Bivol as well, since he's been hurt before and Alvarez has resistance to heavier punchers.

Alvarez vs Golovkin gave boxing fans some of the best 24 rounds in recent years, and because both fights created controversy because of the majority draw in the first fight and close cards in the second, it’s expected for fans to believe these two have unfinished business. But considering that since their last encounter, Alvarez captured belts in two higher divisions as well as becoming undisputed champion within one year, while Golovkin struggled capturing vacated belts and has been inactive for over a year, the third fight doesn’t seem as intriguing.

With Golovkin’s age, inactivity, and mediocre opposition post-Alvarez, it’s hard to make a case that he deserves a shot at Alvarez’s titles now at super middleweight. Furthermore, it’s hard to believe Alvarez would receive any credit for knocking out a past-prime Golovkin, and defeating him will never cease the criticisms from some fans that he should’ve fought Golovkin in his prime.

Both offers provide reputable options for Alvarez, but the one-fight deal with PBC provides a lucrative payday for an action-packed fight against a long-anticipated undefeated opponent who’s been waiting for a chance for years. With Matchroom’s two-fight deal, Alvarez could feel overly pressured to fight Golovkin a third time, which was the reason he terminated ties with DAZN in the first place. With so many intriguing first-time options for Alvarez, a trilogy with Golovkin seems unnecessary to everyone but DAZN and Golovkin super fans.

No matter who wins the lottery to fight Alvarez next, it’s undeniable he’ll face criticism regardless, as boxing fans are one of the hardest fan bases to please. Since Alvarez has countless times proved he’s willing to fight anyone, it’s expected whatever move he makes will only further catapult him into cementing his legacy in what he calls, “The Canelo Era.”