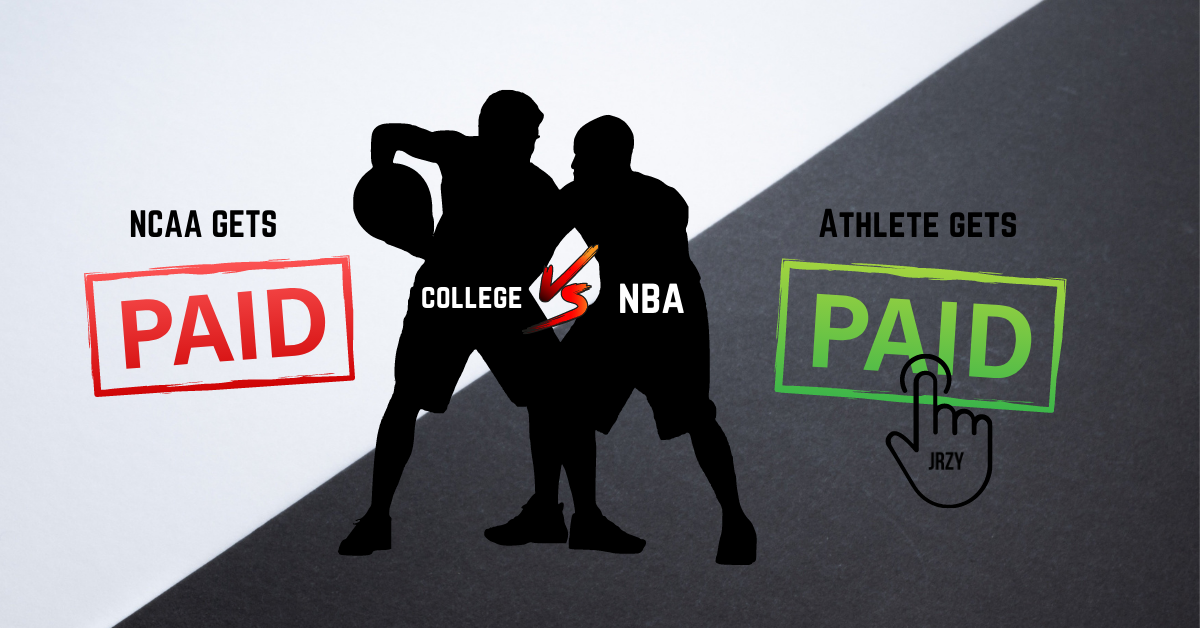 Should College Be A Prerequisite for Joining The NBA?

These days, collegiate sports is a multi-million dollar business and it is no secret that the athletes have long been exploited commodities.

Brought to you by
Queen Murray
on
September 25, 2022
Category:
News

In 2005 the National Basketball Players Association collective bargaining agreement implemented a rule named ‘Article X’ (also known as the one-and-done rule) requiring all potential NBA draftees to be at least 19 years old and one year removed from their high school graduation. This provision put an abrupt end to elite players who possess the skills and talents to perform on the prominent hardwood straight out of high school. Basically, this one-and-done rule forces athletes to play at the college level for at least one year, opt into the NBA’s G League, or sit out a season before entering the NBA. However, with this model may also comes several problems for the athletes. Let’s explore these options.

Requiring a year of college might help some of the middle tier players develop, but forcing everyone to risk a career threatening injury playing essentially for free seems entirely unnecessary. College is important because it provides invaluable experiences, you gain important, life-long connections, and you can get further in your career and make a high income with most degrees. However, many athletes would argue that If they want to pursue a career in professional sports, is college necessary or a waste of time? If an elite player possesses the skills, ambition to win and directness to further their knowledge of the game they should definitely be allowed to do so regardless of a one year age difference.

It’s no doubt that colleges and universities can bring financial opportunities, but are all theses financial opportunities for students only? These days, collegiate sports is a multi-million dollar business and it is no secret that the athletes have long been exploited commodities. Universities collectively generate billions of dollars from TV deals, sponsorships and ticket sales with total revenue generated by NCAA athletic departments adding up to over $600 million. Many college football and basketball players have made administrators and coaches rich while, for all intents and purposes, working for free and being forced to maintain “amateur status”.  The NIL refers to the rights of college athletes to monetize and profit from their personal brand, which consists of their Name, Image, and Likeness (NIL). However, just as athletes make money from brand deals, many are not. Many institutions are still fighting to navigate their state laws and regulations as the NCAA works with Congress. There have also been concerns that athletes in mid-tier schools and outside of NCAA Division I sports would see little reward from NIL.

The NBA's G League offers top prospects profitable contracts as an alternative to this 'one-and-done' rule and also give players a substitute option to playing college basketball. The NBA G-League, formerly the National Basketball Developmental League (NBDL) is the NBA’s official minor league organization. It has been around in some form or fashion since 2001 and has rebranded itself several times while also restoring its image on how it best supports the NBA. Most G League teams hold local tryouts to give basketball hopefuls a chance to earn an invitation to the team’s training camp. Most of these players are professionals looking for another opportunity, former college basketball standouts, overlooked talent that never got a shot and guys who simply paid $200. Many feel as though skipping college athletics and heading towards the G-League will give them a better shot at the pros with pro-style playing rather than college, so you can hit the ground running in the NBA but that isn’t always the case. Others believe It’s much easier to build your brand at a powerhouse college. In reality both have pros and cons, it just depends on what a player believes they need or want. With NIL laws now it may become a little harder for the G-League to get the elite players but many still believe if your goal is strictly to get into the NBA, the G-League has a lot more potential to increase your draft stock.

Sitting out a year is another option but how valuable is it? There are a number of ways an athletes dreams and goals can be derailed by choosing to sit out a year before becoming eligible. The wise choice would be to stay focused and continue to drive full speed towards your goals but often times life’s distractions and everyday stressors tend to get in the way. Others believe a pro to this option would be allowing players to take a year off from competition to focus on fine-tuning specific parts of their game that a college coach may not have cared about. It’s a way of controlling their own experience in a way that simply wouldn’t happen at the college level. This also would be the last resort for most players as they would lose the spot light, the education and the potential money.

Each option has its pro's and con's. Players weigh them heavily before deciding which way they will go. Although some have their hands forced! If they do not have the grades to attend the colleges that they want to get into, or they don't test high enough, they are forced to consider the other options such as the International Basketball League which allows players (depending on the player) to get paid and paid well. The International Basketball League (IBL) is a professional mens spring basketball league featuring teams from the West Coast, Rocky Mountains, Western Canada, and the Midwest. The IBL has been proven successful for some athletes choosing that path.

While there isn’t yet one definitive path for players who want to skip college, there’s no denying these options will continue to be a trend until the one-and-done is abolished. The greatest test case for alternative routes to the league will soon play out.

We don’t know what the NBA’s vision for the end of the one-and-done will look like or how it will impact college basketball, the draft process, or the G League. As we wait, alternative pathways will look only look more appealing to this generation of high school stars ready to break out.