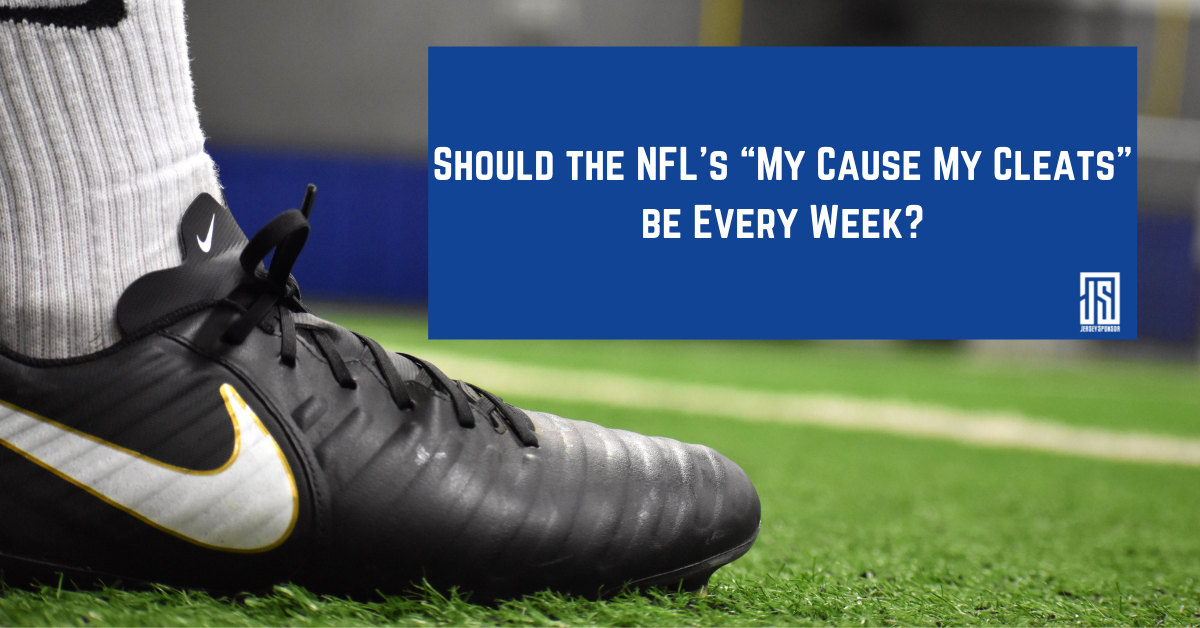 Should the NFL’s “My Cause My Cleats” be Every Week?

If people are going to connect with a player’s message – or care about any message that they see publicly enough to take an action – it helps them to see it more than once.

During Week 13 of the NFL season, players were allowed to wear cleats that promoted a charity or social cause that they care about.  Some of the players’ stories and reasons for supporting the causes that they do are touching, and I highly recommend that you look at a few of the players’ videos that were uploaded to the NFL’s “My Cause My Cleats” page.

This past Sunday, I found myself disappointed that they weren’t there.  Admittedly, some of this is simply aesthetic, as it was cool to have NFL players wear the types colorful, stylish (well, usually stylish) footwear that NBA players routinely boast.  But more significantly, it was too bad that the players’ causes couldn’t be promoted for more than one week.

In fairness to the NFL, the league has reasons to not give the players completely free reign.  If we’re being honest with ourselves, the players’ causes would lose a little bit of luster and excitement if we saw it every single week. The fact that “My Cause My Cleats” doesn’t extend to the entire season makes it a story when it does happen.  We only notice the cool designs as much as we do because they aren’t there every week.  Also, the NFL has business-related reasons to keep the players’ messages from getting too political or divisive, and that may be harder for them to keep under wraps if there are 18 weeks of different cleats and different messages to cover.

That said, I can’t help but feel like “My Cause My Cleats” could be extended.  If people are going to connect with a player’s message – or care about any message that they see publicly enough to take an action – it helps them to see it more than once.  For instance, D.K. Metcalf’s cleats for Prison Fellowship might stick better in the minds of football fans if we can see them 3-4 times, rather than just once.  If the NFL wears pink attire for a month to support breast cancer awareness and camouflage for a month to support the military (both incredibly noble causes), then shouldn’t players also get a month to support their own favorite causes?