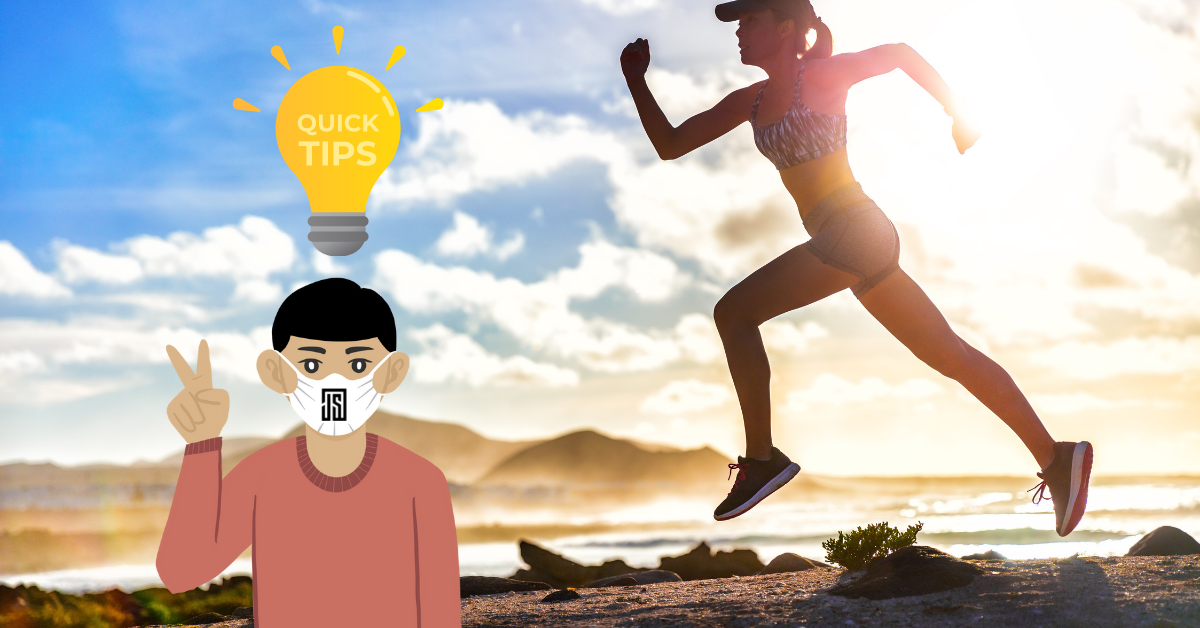 Tips For Athletes Facing Covid From Someone Who's Had It Twice

Remember, even top-level pro athletes have had lingering effects of covid even after they’ve beaten it, especially in terms of endurance. Don’t get mad at yourself. The most important part of being an athlete is your mindset, not the numbers you put up on any given day. Especially on a day just after your badass body has beaten a plague.

By
Tom Hoff
on
September 25, 2022
Category:
Health and Wellness

Earlier this month, I just got Covid for the second time.  The first time was the alpha strain (i.e. the original disease, not a variant).  This past time, it was very likely the omicron variant.  Both times, I had mild symptoms and was never concerned about a hospital trip.  Both times, I caught it early, notified my close contacts, and seemingly avoided spreading it to anyone who is older or high risk – which is the responsibility of any of us young people who are living our lives freely, given that older or high-risk people can still be devastated by the disease.

Both times, it’s also become more difficult to exercise even after beating it.  Some of this is the fact that my body got used to being lazy after quarantining and doing nothing for a while.  As we all know, the toughest time to go to the gym is when you haven’t gone in forever and a day.  Some of the difficulty could also just be in my head.

Especially if you live in the Northeast or a place with little masking requirements, then frankly, there is a good chance you will catch Covid this winter.  If you catch it, here are a few things to expect when you go to exercise after you’re cleared from quarantine.

First, if you’re a little concerned the first time you exercise afterwards, it’s ok.  I was especially concerned the first time I caught the plague in late 2020, before I got the vaccine.  You’ll likely be thinking about the fact that you’re trying to use your lungs at a higher capacity than you have recently and you’ve just dealt with a respiratory disease that has killed millions.  It’s natural to be a little concerned and start at a lower pace.  Don’t beat yourself up for thinking about it.

Similarly, don’t beat yourself up if you just don’t have your wind back.  Like I said, your body dealt with a respiratory disease.  If you had mild symptoms or no symptoms, it means that your immune system just earned a convincing victory against a highly-touted opponent.  Maybe it wasn’t a blowout win for your immune system, but it was a convincing 10-point victory on the road.  Take some pride in that.  But in any big victory, your team still had to expand a lot of energy, and no one would expect a team to hit the same energy level if they had to play another game the morning after a big victory.

Your throat may get sore after running just for a little while, even after you’ve beaten covid and haven’t had a sore throat since before your symptoms went away.  Don’t worry, it happened to me too.  That’s just the kind of sore throat we’ve all had before when we haven’t run in awhile and we’re “sucking wind.”  If you’ve quarantined the appropriate amount of time and your symptoms are gone, don’t be concerned by this slightly sore throat.  You just haven’t done any cardio in a while.

The first few times you get back into it, don’t set goals for yourself.  I realize that this goes against everything an athlete hears about “competing with yourself,” and I cringed as a I wrote that sentence.  But like I said, your body just took a punch to the face and still managed to KO the opponent.  Cut yourself some slack until you get your lungs and your strength back.

If you feel anything near your heart that is concerning, stop and relax a bit.  It’s very rare, but there are cases of myocarditis (heart inflammation) that have especially affected young people after getting covid (mostly men, but not exclusively).  Eduardo Rodriguez of the Boston Red Sox missed the 2020 season because of this complication.  Again, it’s rare, and don’t get worried that any tightness in your chest at a young age automatically requires a trip to the E.R.  But remember, covid is a respiratory disease, and the lungs and heart work in unison to pump blood filled with oxygen to your body.  Go easy on yourself, and if something doesn’t feel right, don’t push it.

Remember, even top-level pro athletes have had lingering effects of covid even after they’ve beaten it, especially in terms of endurance.  Don’t get mad at yourself.  The most important part of being an athlete is your mindset, not the numbers you put up on any given day.  Especially on a day just after your badass body has beaten a plague.

Disclaimer: The information on this site is not medical advice intended or implied to be a substitute for professional diagnosis or treatment.