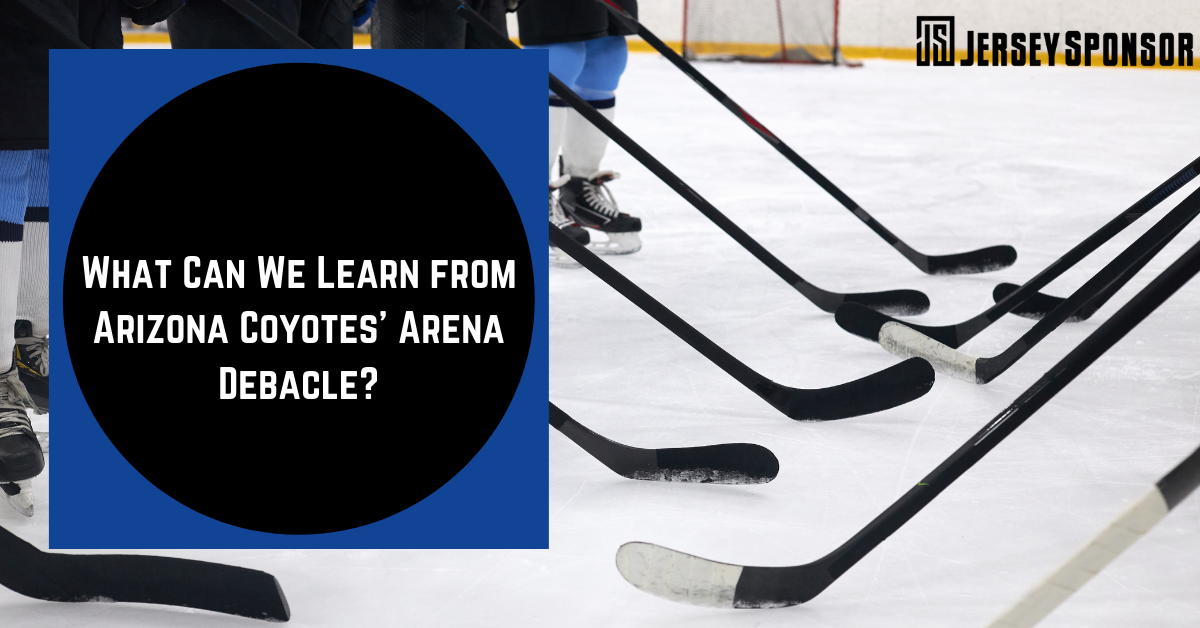 What Can We Learn from Arizona Coyotes’ Arena Debacle?

Last week, it was announced that the Arizona Coyotes were facing a lockout of their own arena by the local city government in Glendale, Arizona for not paying their bills to the city.

Last week, it was announced that the Arizona Coyotes were facing a lockout of their own arena by the local city government in Glendale, Arizona for not paying their bills to the city.  The NHL hopes to make $5 billion in revenue this year, so to have a professional sports franchise face a lockout possibility in 2021 is a pretty bad look.  (In fairness to the Coyotes, they settled up soon after this became news.)

Rumors have been flying for years that the Coyotes could be on the move, likely to Houston.  It even makes sense geographically, as the Coyotes have to play in the Central division of teams, so moving from Houston would drastically reduce the team’s travel time.  It also seems to make sense because Houston is the fourth biggest city in the U.S…. until you remember that Phoenix is 5th.  So, are we just substituting one warm, huge city for another one and hoping that it works?  More specifically, if the Coyotes couldn’t work in Phoenix, why would they work in Houston?  And what makes an NHL team work in one warm-weather market while not another?

Let’s first tackle the basic issue of whether or not the Coyotes need to move.  At this point, the answer seems like an unequivocal “yes.”  Just last week, Forbes published its annual rankings of NHL teams, and the Coyotes came in dead last at a team valuation of $400 million.  (By comparison, the New York Rangers topped the charts at $2 billion.)  Even in a warm-weather city, a team playing in the 5th biggest U.S. city shouldn’t fall behind a team from Columbus, Ohio in the team valuation rankings.  Maybe more importantly, there’s just too much bad blood between the franchise and its local city and county governments – the Coyotes have seemingly been on the verge of moving for 10 years, and at some point, a divorce is best for all.

But again, why do some teams work in non-traditional hockey markets and some don’t?  Some warm markets, like the Tampa Bay Lightning, have created a hockey culture simply by winning.  As the old adage goes, winning solves everything.  Some, like Carolina and Florida (the team is in Sunrise, FL), thrive when the team is good and do juuust well enough when the team is bad to keep afloat.  But, there’s one market that we must examine a little closer in order to determine the winning formula: Nashville, Tennessee.

Nashville is the 21st largest U.S. city by population.  That’s just one ahead of Oklahoma City, which couldn’t currently dream of getting a hockey team.  Tennessee is hardly a hotbed of hockey.  That said, If you haven’t been to a Nashville Predators game, it's highly recommended.  The arena is right on Broadway at one end of the city’s main strip of live music spots and amazing restaurants, and a half-mile down the street at the other end is the river (which overlooks the Tennessee Titans stadium, meaning that Nashville’s two main sports buildings are like bookends to the best things that the city has to offer.)

Here, I think we find the answer to why the Nashville Predators are worth $600 million while the Arizona Coyotes are worth $400 million.  The Predators’ arena is a destination in the city – a perfect place to start your night before you start bar hopping and taking pictures with a fake Elvis Presley.  (Don’t tell drunk tourists in Nashville that Elvis is actually from Memphis.)  The Coyotes franchise did play in the same downtown arena that the Suns currently do when they first moved to Phoenix in the 90’s.  But now, they play in an arena 25 minutes outside of downtown, and no one wants to go.

This is how we should differentiate sports markets, especially within hockey.  Let’s be real: With a few winning seasons, a good ownership situation, and some likable players, every major U.S. city can support a hockey franchise IF things are done right.  But that’s a big “if,” and one of the other factors has to be the arena.  Some markets can support a team no matter where the arena is.  The Buffalo Sabres haven’t been good since George Washington first took command of the U.S. army (all years/numbers approximate), and yet have a rabid fanbase who would still attend their games if the arena was moved to Syracuse or Rochester.  There are other markets, though.  Phoenix is one of those.  They can support a team if the arena is a destination downtown rather than an afterthought outside of a city.

It cannot be understated just how important the location of the arena in non-traditional hockey markets is.  The Coyotes franchise has figured this out when it’s already too late and there’s already too much bad blood.  The Nashville Predators knew this from the jump, and that’s why their city is less than half the size of Phoenix and they’ve never had this issue.  Let’s hope that Houston is taking notes.