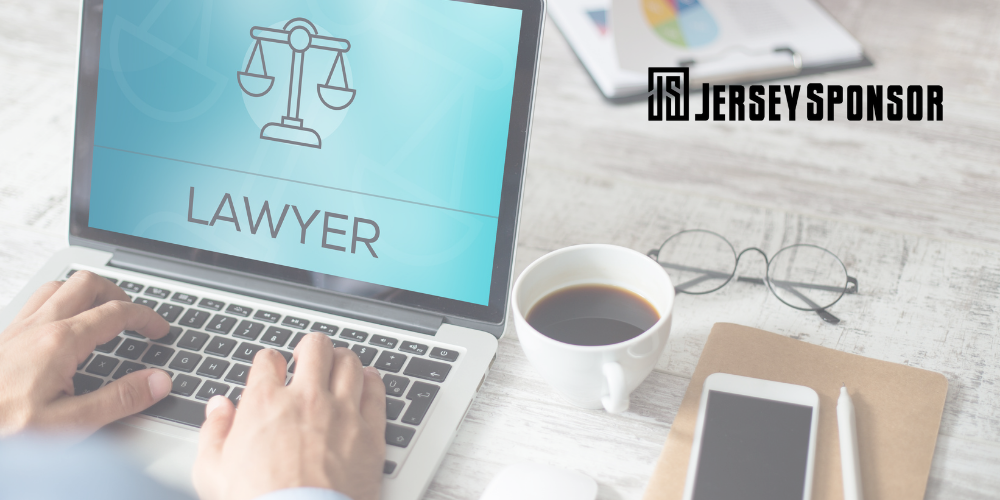 Why Jersey Sponsor is Putting a Lawyer in ourToolbox for Athletes

Athletes directly on the platform can immediately request legal guidance when there's a question, when they need help with a proposal, or need to be pointed in the right direction.

Brought to you by
Issa Hall
on
September 25, 2022
Category:
Resources

Why Do Athletes Need Lawyers?

With multiple members of the Jersey Sponsor team being attorneys including our founder and CEO, we have a unique perspective and offering for athletes who are facing new challenges due to new legislation, rule changes and legal considerations for contracts and business dealings. We’ve learned more over the past few weeks about NIL “Name, Image, Likeness” than at any other time in history.  We’ve also learned that there's still plenty exploitation and predatory practices waiting to take advantage of unsuspecting athletes.  The restrictions on athletes have been lifted but the system that preys on athletes is still in place and being replaced by different platforms and middlemen with the intent of making money off of athletes.

We’ve seen the pressure placed on athletes and felt the stress of those athletes feeling like they’re being left out of the large deals.  It’s caused a feeding frenzy and as much as companies try to position themselves as well meaning for student athletes, the greed and conflicts of interest that are being created will become more apparent as the dust begins to settle.

We're giving athletes direct on demand legal assistance as part of our customer service offering. Directly within the platform, athletes can immediately request advisory legal guidance when there's a question regarding a contract or just to be pointed in the right direction. We've integrated lawyers as part of our on demand resources that we provide to athletes. Sometimes a little direction or guidance on how to approach a problem or respond is all that's needed to avoid a huge mistake or to make sure athletes know to ask the right questions. Access to a resource who can immediately provide guidance without placing the burden on the athlete to go out of their way to do so when resources are already limited is another example of our commitment to athletes.

Why is this Important?

There’s a steep learning curve of NIL compliance laws, including contracts with legally binding terms, taxes, and trying to figure out who you can trust during this process.  It may begin to feel like you’re being treated as a commodity instead of like human beings with your own interests and personalities.  Please be reminded that companies are in the business of making money, not protecting you.  Contracts are written by professional attorneys who are paid to include the most favorable terms for their client.  That may even include owning the right to use your likeness for a lot longer than you’d be comfortable with.  It’s not illegal, it’s just business and athletes must be prepared with to adjust and operate on the fly.  It's why we've included a third party review in our toolbox of resources available for athletes who join Jersey Sponsor so that . It’s also why we’ve focused on solving the tough problems like getting the average athlete paid, not just the highest earners.

We’ve felt the anxiety of the popularity contests and cash grabs and felt the stress of athletes feeling “left out” of the large deals.  The greed and huge conflicts of interest that are lurking right bellow the surface pose a huge problem for the entire industry down the road. As usual, athletes will suffer the most if they aren't properly educating themselves and vetting their opportunities first. Making a mistake can make you ineligible which also puts your entire team, dreams, and hard work at risk.

Our Commitment to Athletes

Jersey Sponsor is free to use and join for athletes. It's why we developed Jersey Sponsor from the onset to provide value outside of just sponsorships and 1-1 deals. The value your NIL may bring isn't just limited to just marketing deals, it can be activated for networking, mentoring, fundraising, or using our lineups feature it may be combined with other athletes to bring larger revenue shares of the overall pie. Our profiles are designed to double as your marketing billboard and your personal business hub. This applies to all the different stages of your athletic career as an amateur, collegiate, professional, retired, or casual athlete.

What else is in Your Toolbox?

In addition to legal resources, we're also helping athletes tackle NIL compliance (along with their athletic departments), personal marketing, fundraising, taxes, business, networking, and doing so in a way that is completely free and fun for athletes. Who says you can't have it all? Our aim is to amplify your current ability to generate revenue in addition to giving you the foundational tools, network, and resources to also increase them in the future.  You should be the primary beneficiary of your NIL and efforts, not the systems built to capitalize off of it.

Our investment is making sure we’re putting athletes as a community in the best position to succeed long term.  When you put the time and energy towards building your Jersey Sponsor profile you are making an investment in yourself that we intend to pay you dividends in the future.  Athletes, congratulations and make your money.  You deserve it, you’ve earned it, and we’re here to support you every single step of the way. You’re much more than athletes, and we’re much more than an athlete sponsorship marketplace.

Athletes may now sign up for free at jerseysponsor.com