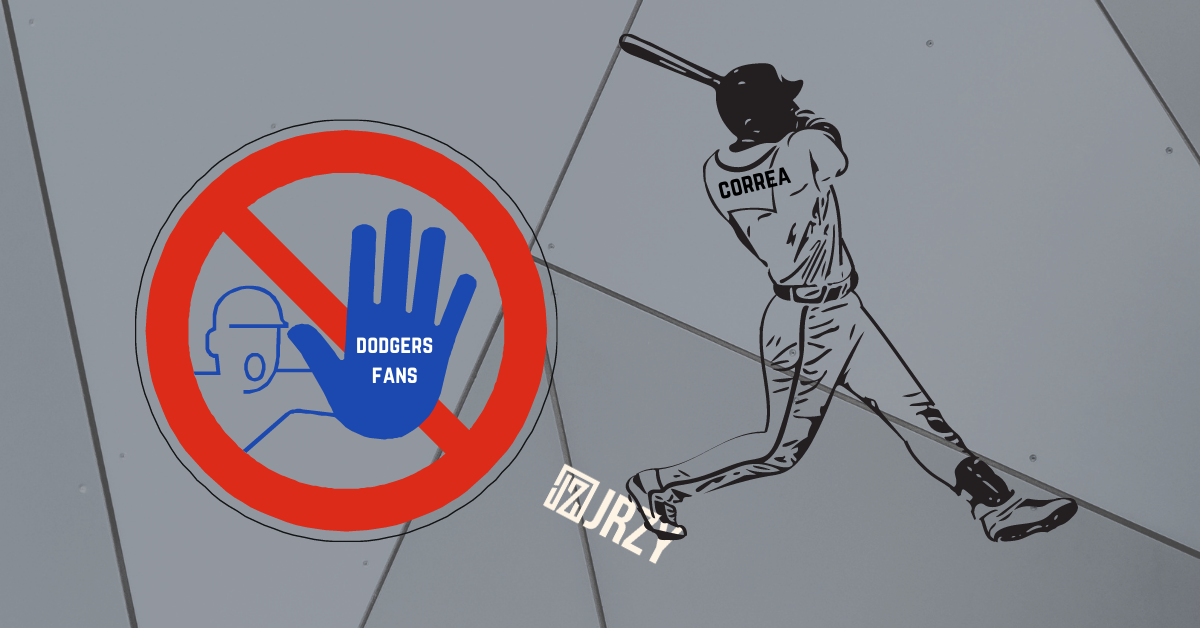 WHY WE DON’T WANT CARLOS CORREA IN A DODGERS JERSEY

To offer a known former rival team MVP a spot on your team is not necessarily a rarity, but when that player played a significant role in a cheating scandal that shook the MLB and may have caused you one less ring on your finger, it’s pretty damn questionable.

Brought to you by
Liliana Ulloa
on
October 20, 2022
Category:
Fan Perspective

Following the Houston Astros’ sign-stealing scandal of 2017, countless LA Dodgers fans will scream to the void that the Commissioner's Trophy should be relocated to Los Angeles. But it’s not just Dodgers fans who feel cheated, but the majority of fans (outside of Texas, at least) of the rest of fan bases across MLB teams.

While we’re used to the exposed steroid-user every couple of years like Alex Rodriguez, Barry Bonds, and Sammy Sosa amongst others, having an entire franchise accused of cheating their way to a World Series championship soils the MLB’s entire reputation. How can you trust the integrity of “America’s favorite pastime” when there’s no real repercussions?

Yes, A.J. Hinch and Jeff Luhnow were both suspended for a year and then fired by the Astros after paying a $5-million dollar fine, but the punishment seems mininal when not only were the Astros allowed to retain their title, but also allowed all players to play without suspension. Worst of all, the shortened 2020 season during the pandemic didn’t allow for the team to face booing fans to the extent they truly deserved.

Both Carlos Correa and Jose Altuve were in the middle of the backlash following their 2019 ALCS walk-off victory. In the highlight video, Altuve is shown clearly trying to cover what people believe to be a buzzer, and instead of celebrating with the rest of the team, Altuve is seen disappearing into the dugout. In hopes to justify his teammate’s temporary disappearance after questioning, Correa insisted Altuve was simply embarrassed to take his shirt off because of a bad tattoo.

Now, Correa, whom LA Dodgers fans learned to despise, could now possibly wear the Dodgers jersey for the upcoming season. Though Correa, now a free-agent, doesn’t lack options, the Dodgers could definitely open up their wallets in a lucrative offer given the state of their current in-field lineup.

But would Dodgers fans turn a blind eye and receive Correa with enthusiasm given his potential? After all, now fan-favorite Mookie Betts was also initially tied to Boston’s own cheating scandal before landing in the Dodgers lineup.

Would fans boo Correa at his LA-debut should it happen? How about players? Dodgers pitcher (inactive due to allegations) While players don’t have a say in who joins the team every year, their criticisms would be valid and I’m sure it’s be awkward during the transition.

To offer a known former rival team MVP a spot on your team is not necessarily a rarity, but when that player played a significant role in a cheating scandal that shook the MLB and may have caused you one less ring on your finger, it’s pretty damn questionable.

Of course the Astros may simply offer Correa a new contract with more 0’s on it, and honestly, I hope they do. While many fans can go ahead and put responsibility on the players, at the end of the day, it’s the managers and coaches who must keep players in check, as well as the entire franchise to protect the reputation of their team.

Dodgers fans are some of the most dedicated fans in MLB, and after feeling robbed of what could’ve been an earlier World Series victory for the Dodgers in 2017, they definitely hold some grudges. Should the Dodgers acquire Correa, it’d create division within the fan base. While some might clap and cheer during Correa’s time at-bat, I also guarantee others will be booing and throwing Dodger dogs into the field.

But fans also have short-term memory. Should Correa start hitting homers and visibly bettering the team, I’m sure he can turn things around and put the scandal behind him along with his former team.