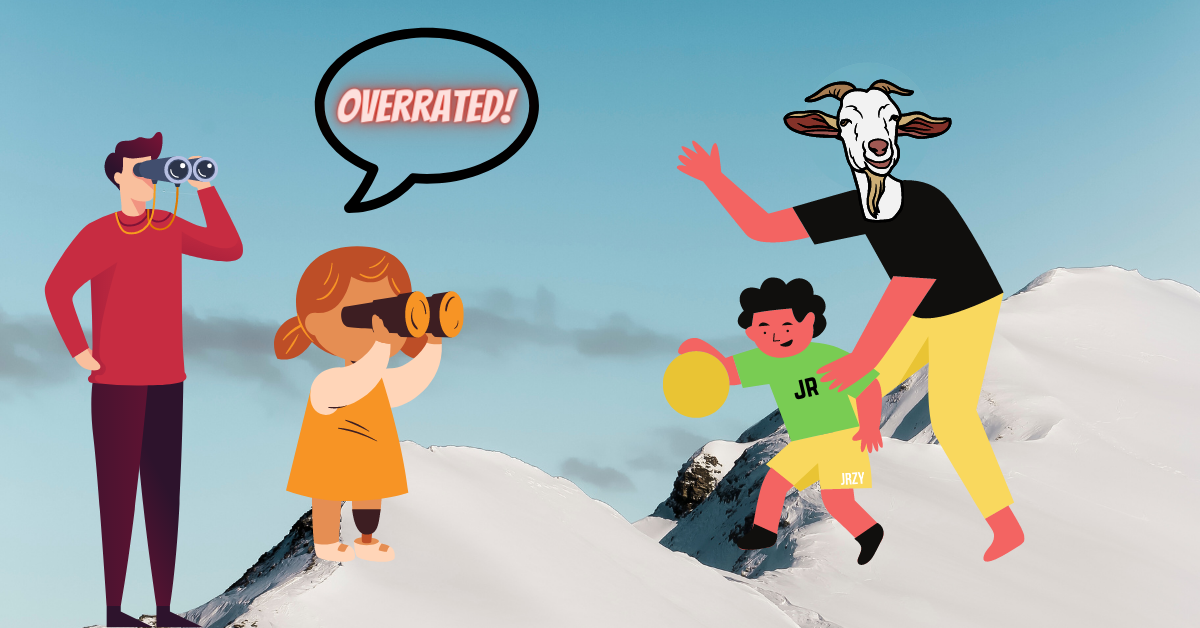 Why Do Sports Fans Put So Much Pressure On Descendents of Sports Legends?

Sports legends only come once in a blue moon, which is why the probability of two unique talents coming from the same bloodline is slim. This, however, does not stop most from trying to live up to their lineage.

Brought to you by
Liliana Ulloa
on
September 25, 2022
Category:
Culture

Sports legends only come once in a blue moon, which is why the probability of two unique talents coming from the same bloodline is slim. This, however, does not stop most from trying to live up to their lineage.

This past August, 21-year-old Nico Ali Walsh had his pro-debut on ESPN under the promotional banner of legendary promoter Bob Arum's Top Rank Boxing. By simply rereading the name, in case it didn't register the first time, you can guess who the boxing icon he shared his genes with is.

And while there was genuine intrigue with the initial announcement of Ali Walsh's introduction to the sport, the majority of fans now find the over-the-top promotion forced and excessive. Instead of letting the fans' approval of Walsh organically develop along with his career, Top Rank seems to want to shove him down boxing fans' throats.

By constantly mentioning Walsh's connection to the best boxer to ever step in the ring, most fans feel like this is more of a quick cash grab from both Walsh and Top Rank rather than a genuine passion for boxing like his grandfather clearly possessed.

Any post on social media regarding Walsh is immediately met with backlash and flooded with negative comments dismissing the young boxer. And though some fans do show support, most fans only leave their hateful remarks when Walsh chooses to attempt to recreate his grandfather’s signature moves.

But criticism and heavy pressure from fans aren't a rarity when relatives of great athletes choose to pursue the same sport. Walsh isn't the first to get hate comments and definitely won't be the last.

Within the boxing community, another example of this phenomenon is the son of the best Mexican fighter to date, Julio Ceasar Chavez Jr. Though Chavez Jr. was able to accomplish becoming an actual champion and seemed promising early in his career, the pressure to live up to his father's shadow clearly had an effect on him as his career deteriorated along with his mental health. Chavez Jr. isn't known for putting his family name in good light these days. Instead, he's often labeled an embarrassment tainting his father's legacy.

The son of another heavyweight legend is also making his boxing career along with Walsh. However, Evan Holyfield doesn't face nearly as much criticism from the fans

Yet massive criticism or not, cash grab or not, we can only assume the pressure to follow a relative's footsteps can get overwhelming. With fans not only having high expectations while scrutinizing your every move, having to live in the shadows of your last name can definitely rid athletes of any sense of individuality.

When it comes to basketball, we're already witnessing Bronny James become a target for harassment at such a tender age regardless of his high rankings. While he's proved so far that he carries the talent and dedication to possibly be as good as his father, LeBron James, the fact that his father is such a polarizing character in the sport will definitely bring negative attention to the young athlete that can shift his momentum if it damages his mental health.

Scrutinizing your every move and having to live in the shadows of your last name can definitely rid athletes of any sense of individuality.

But why do fans hate young athletes attempting greatness like their relatives? Why do they constantly say negative comments while simultaneously putting pressure on them to exceed their expectations?

Sometimes it seems like fans are even hoping these young athletes fail in matching their relative's greatness, instead of rooting for the family to add another prodigy to their tree.

For Walsh, it seems like boxing fans are more annoyed that Top Rank takes extreme measures to promote him with ridiculous photo ops. But, at the same time, they leave talented champions like Naoya Inoue in the shadows when they deserve more promotion as champions.

Regardless of whether hated or loved, it seems obvious the pressure to live up to arguably unrealistic standards and living under the spotlight can have unfavorable effects in even attempting to follow similar footsteps. But when we see athletes who surpassed their relatives' ordinary accomplishments, we should wonder if it helps that they don't have the burden to live up to a family name.

Floyd Mayweather Sr. had a relatively short boxing career. His brother Roger Mayweather had the most success in the ring between the two. Floyd Mayweather Jr., however, became arguably the best boxer of his generation, retiring undefeated while capturing belts against multiple champions across various divisions.

While we can assume Mayweather Jr. didn't have pressure to outperform his relatives as much as the athletes mentioned earlier do, it can also be that Mayweather worked so hard in his craft and is genuinely such an exceptional talent that he's simply the exception to these rules.